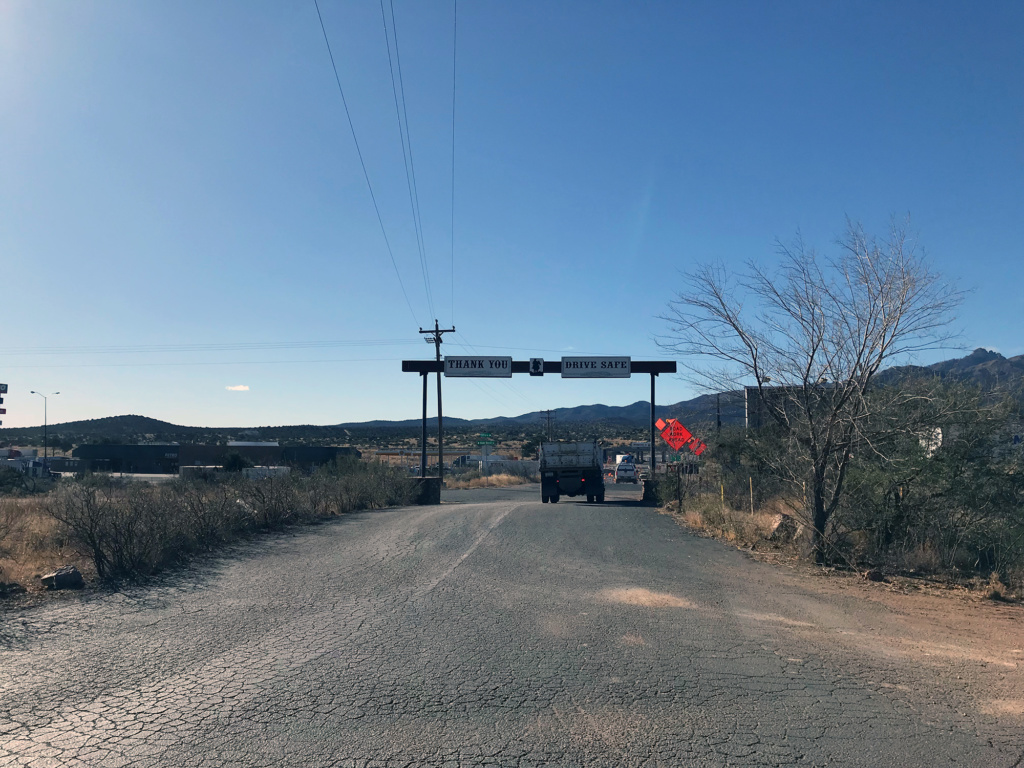 31 DecGetting our Kicks on Route 66

Squeezing in some OG road trip miles in Kingman, AZ.

Another work week, another town with reliable Internet we get to explore. This leg of our journey had a final destination of the Grand Canyon so we spent a few days in the historic town of Kingman before heading toward that giant hole in the ground. Great desert-y BLM spots were no trouble to find along Blake Ranch Road, just off the I-40. For our wifi-dependent days, we stayed at Blake Ranch itself. Despite being so close to a main highway and trucker hub, this was a cute little RV park AND horse motel (!!) that was nice and quiet and if you were facing the right way, had a nice view of the mountains. It was about 15°C/60°F and we were in summer mode, as any Canadian would be. The staff thought we were nuts for thinking it was so warm so I can only imagine how toasty it gets in the summertime.

We had been doing a lot of going lately so we were stoked to just park somewhere, relax and catch up on life (Netflix). We also took the opportunity to work on a couple household repairs, like creating a new drainage system for the sink and installing a new housing for our power cable. Exciting stuff I tell ya! Our previous drainage system was pretty straightforward: there’s a hole in the side of the van and the water just pours onto the wheel. It was messy, hard to keep clean and our dishwater froze out the side when we were in colder places. Not ideal, so we ventured to the plumbing section and bought a plastic elbow to use as a spout. After affixing it to the existing hose that was shrivelled inside of the drainage hole, we made a new faceplate out of a shower drain cover and attached the new system onto the side of the van. We’re now able to screw a 6’ hose (or longer if you’re feeling evil and wanna drain some dishwater into your neighbour’s pool) onto the spout and put that directly into a designated sewage area or wherever is best for water to drain since we don’t have a grey water tank. It’s not perfect, but we do everything we can to scrape any food off of our plates so it’s mostly just water going down there. 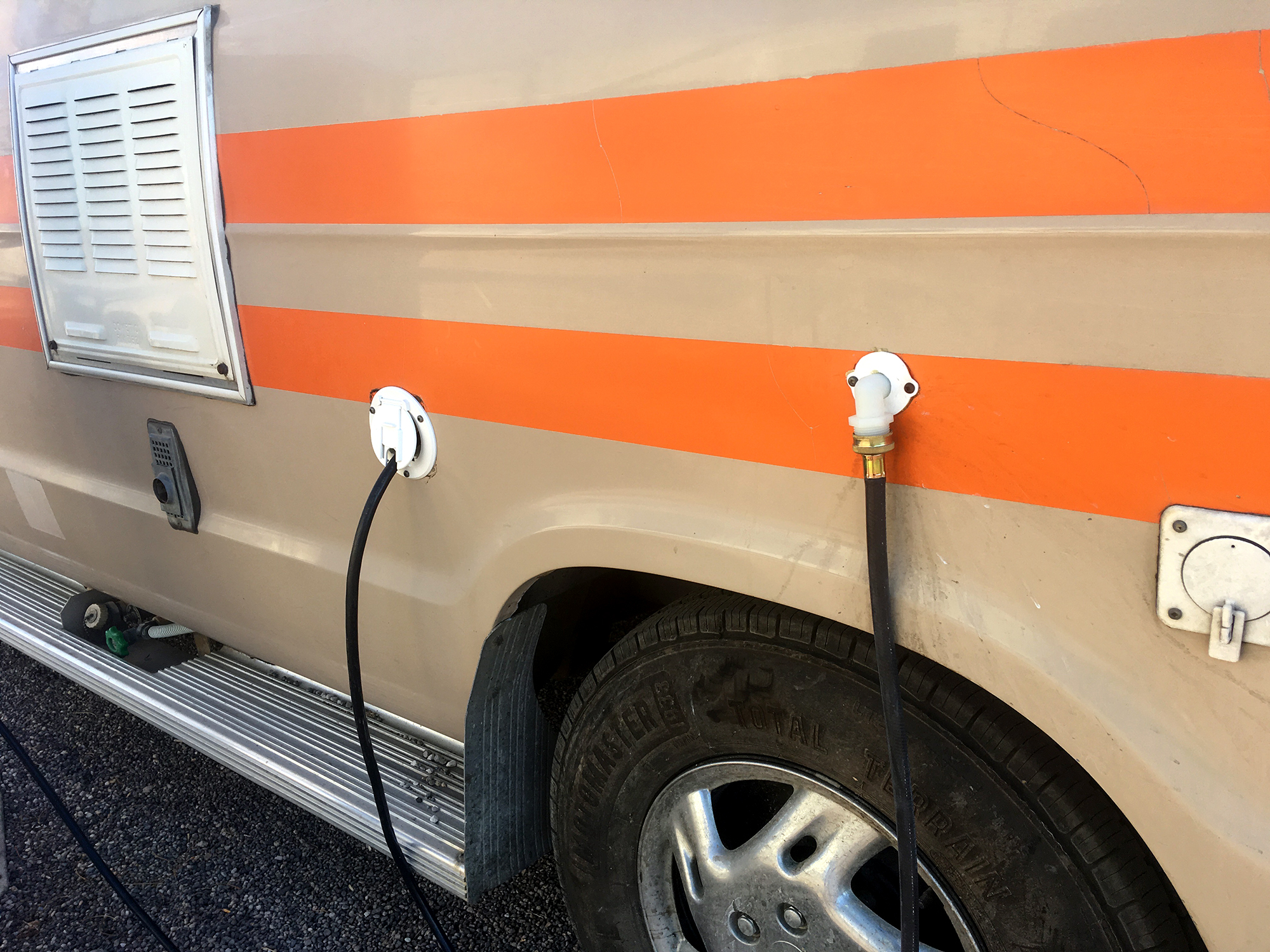 When we can afford it, we’ll work on putting a solar system into play but for now, we run off of one deep cycle battery and plug in when we can. At least our power cable has a fresh new face plate now. And check out that sexy drainage setup!

One thing we do really like about spending a couple days at RV parks is all of the awesome people that we meet; mostly sweet, retired folks that are travelling like we are, only in a much more luxurious rig. While installing our power cable housing, we borrowed a drill from one of our neighbours and ended up chatting with him for a good part of the afternoon. It’s really beautiful to learn more about people from all over the country and hear some badass stories. PLUS he had a golden retriever puppy that was as cute as they come. 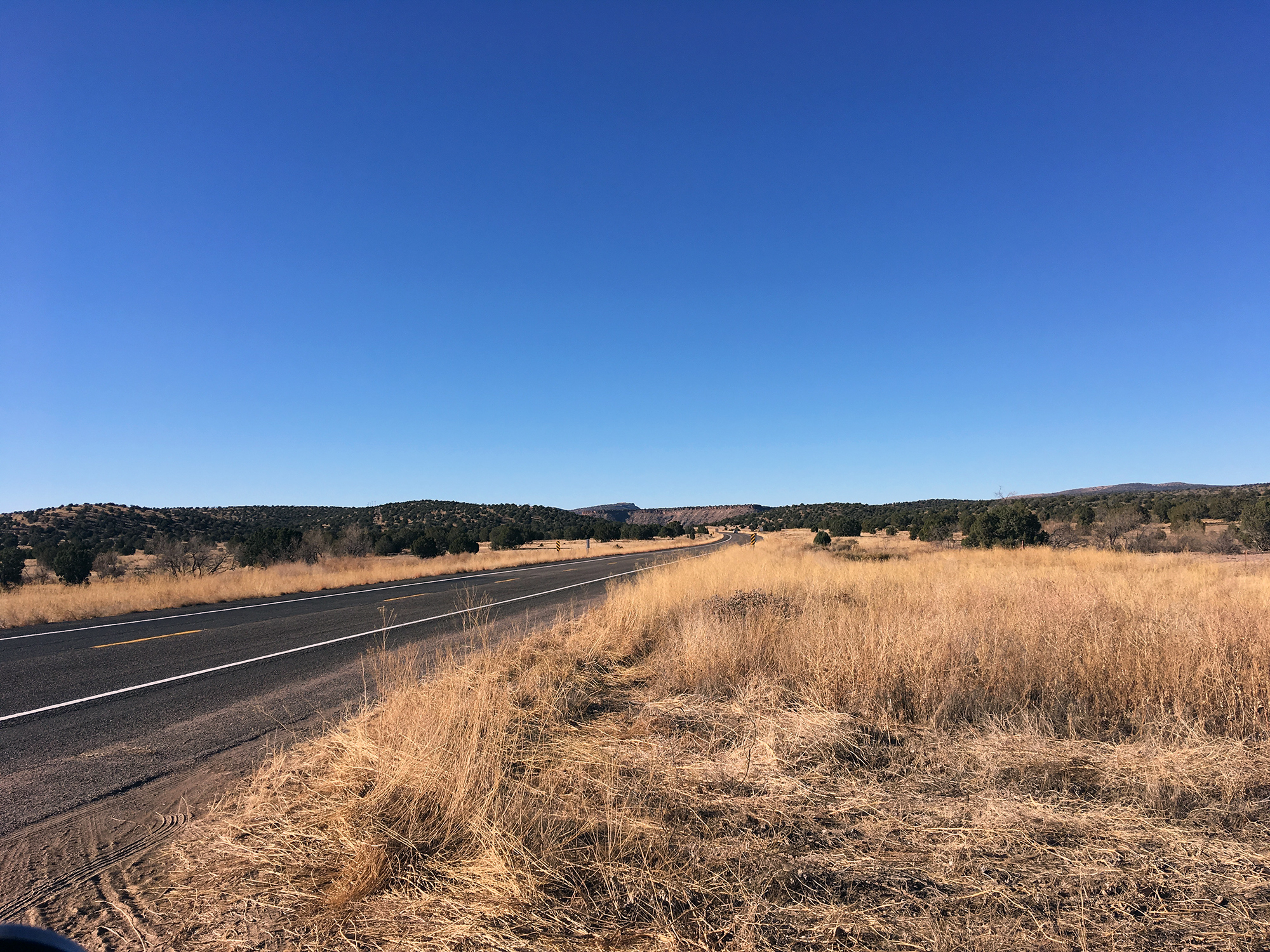 Route 66 is definitely not bustling like it used to be

Unfortunately we didn’t spend much time exploring the Kingman area but if we pass through again, I’d really like to check out some of these ghost towns I’ve read so much about. Painted rocks in Chloride and a heart-breaking story about a woman being murdered at her post-office in Valentine leaves the towns with an eerie forgotten feeling of what Route 66 once was. Actually, there’s a Route 66 museum in Kingman that we also didn’t check out. We suck. Anyway, after three days at the ranch, we made our way toward the universal meeting spot of Walmart to have our convoy partners join us. Justin’s mom and her boyfriend have a C class RV that they’re in the process of driving down to Mexico. We wanted to spend the holidays together so we all boondocked for the night right off of Route 66 and set out to boogy toward the Grand Canyon the next morning. Go figure it was the first time bringing someone along to a camping spot and we missed the turn. Guess I’ll never be a tour guide, bummer… I think what distracted me most was all of these 4 or 5-line poems along 66; each line is on a separate sign about 10m apart following the shoulder of the road. Apparently the company that made them, Burma Shave, used road signs to advertise their shaving cream brand in the 50s era. These particular ones are just recreations of the original signs the company used to use while the originals mostly live in museums. Most are about drinking and driving it seemed, which is slightly counterproductive because they distracted me enough sober but hey, still a nice idea.