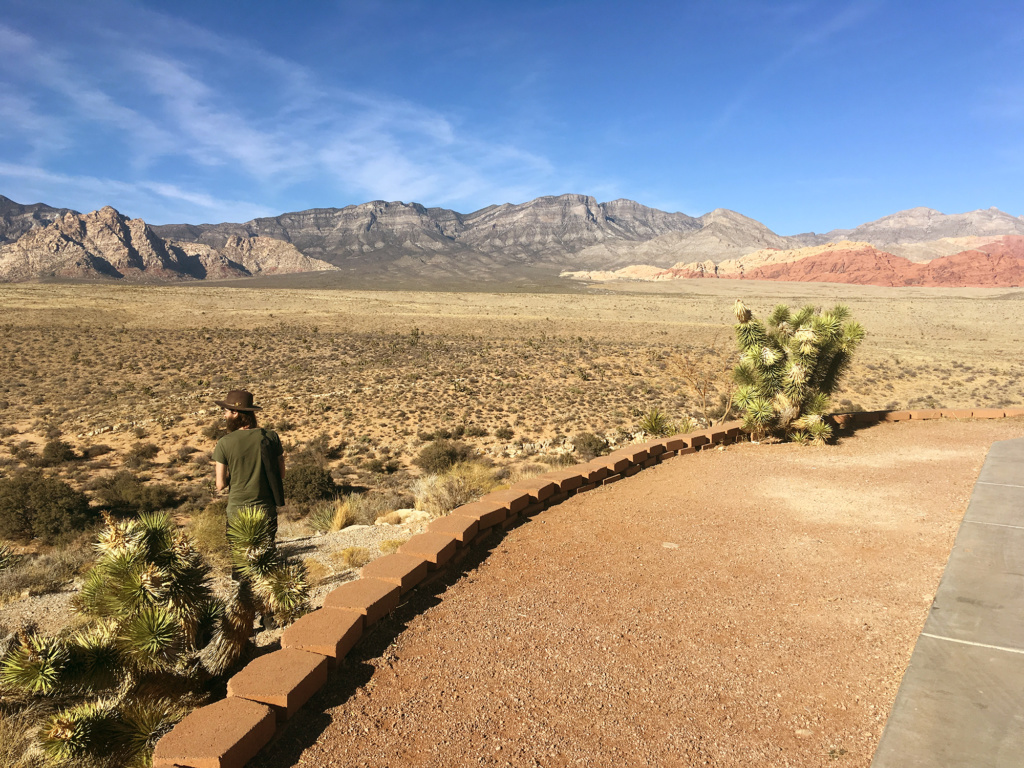 That was lame, but Red Rock Canyon wasn’t. Actually, for us, it kinda was… Dead batteries are a drag in Las Vegas, NV

Less than a half an hour away from the madness that is the Las Vegas strip, you can find the beautiful Red Rock Canyon National Park. Free camping isn’t really possible within the park, so we continued along the 160 W to Lovell Canyon in the Spring Mountains: another lovely desert landscape with plenty of dispersed camping spots accessible to campers and adventure bros with souped up Jeeps alike. We spent the night here before heading toward Red Rock the next day. 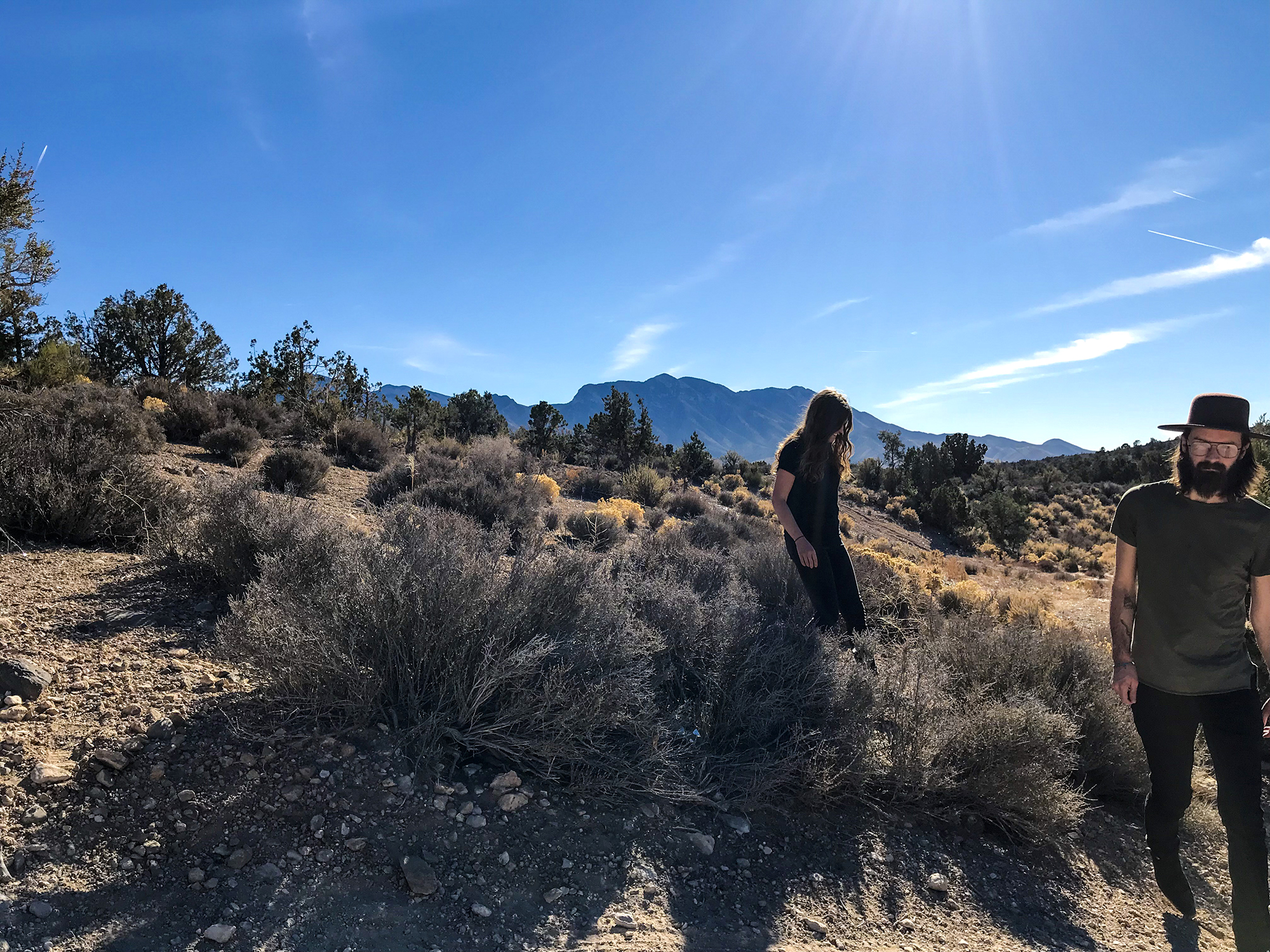 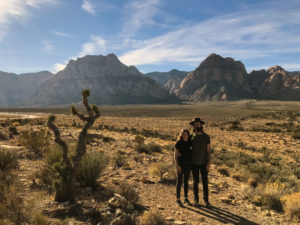 Wasn’t a green screen. I swear.

Strolling over in the afternoon, we headed to the Canyon Overlook area to snap some cool photos while in a free zone. The vibrant red rocks and the glow of the sun gave the sand an orange hue that reminded me of a cartoon desert. We had our little photo-op with cactuses surrounding us as if they were props, and were set to carry on our way toward the paid area of the park. Unfortunately, Clementine had other plans. Either she loved this view or she’s as cheap as I am and just reaaaally didn’t want us to cough up the $7 to leave her in the parking lot while we climbed on the rocks. She’s a fiery lady so when she sets her mind to something, she ain’t budgin’. And after spending a few hopeful hours trying to get her started up, she made it clear that she had no plans of budging anytime soon. With a tremendous amount of help from kind strangers (and AAA), we realized it wasn’t happening. So we towed her on back to the city and crashed in the parking lot of the garage until it reopened the next morning. Free camping! Lol… A parking lot at a main intersection in North Vegas wasn’t exactly peaceful, but the street noise and crazy drunk people gallivanting by reminded us of home in Toronto.

To our overwhelming relief, she started up fine the next morning. We brought her into the shop to see what was up and after we spent 4 nerve-wrecking hours in McDonald’s charging our devices and eating our feelings, they said there’s absolutely nothing wrong with her. Guess the little lady just needed her beauty sleep to recharge and start fresh – I believe this is the correct technical diagnosis. Happy to be reunited, we headed back toward Lovell Canyon for another night of quieter camping. 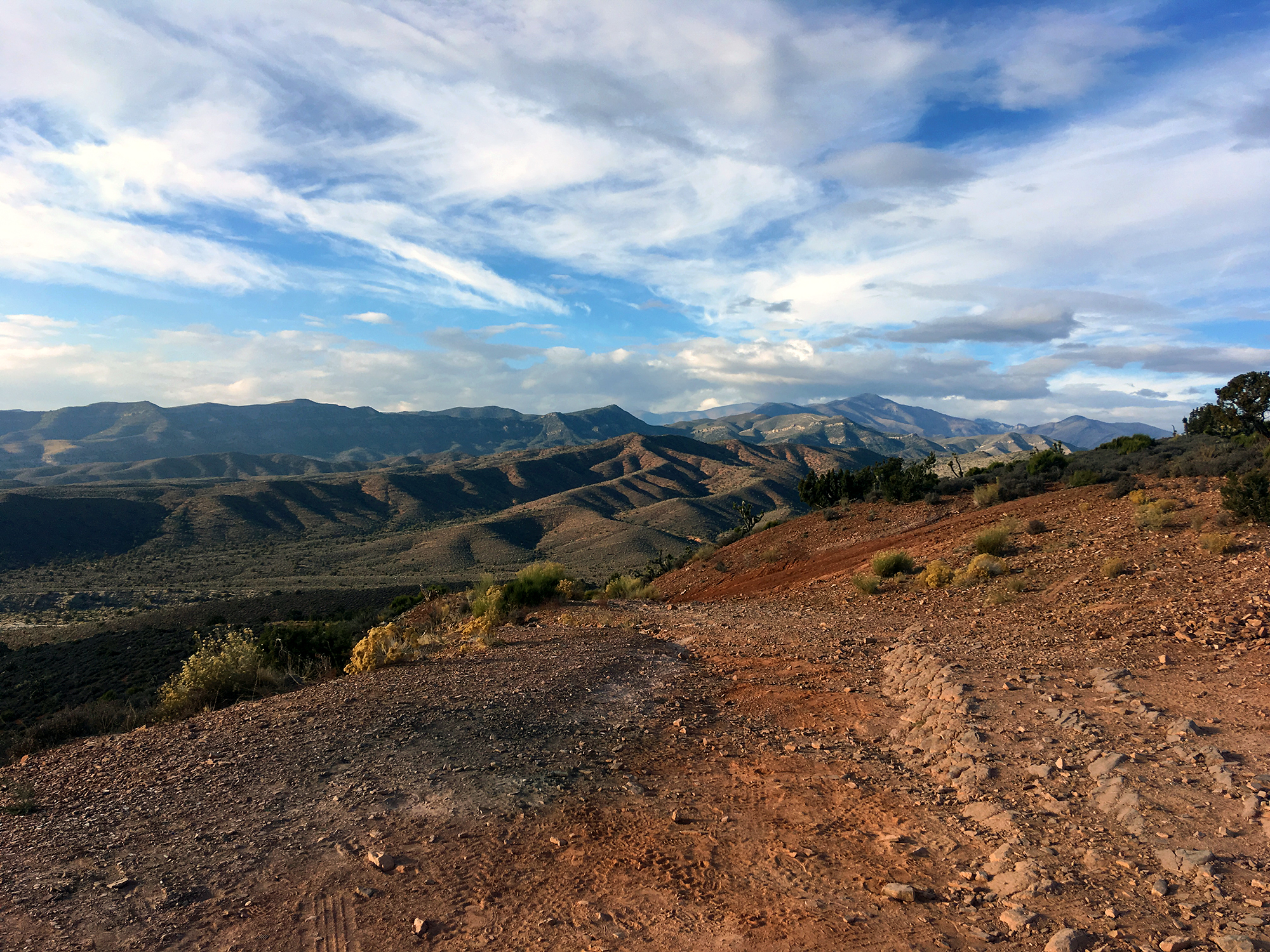 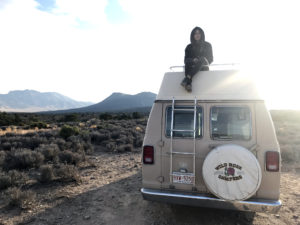 We picked a spot deeper in with a crazier view and set up shop for the night. We had a very brief campfire that freaked us both out since the area was insanely dry and the wind was blowing those flames around in a pretty precarious way. Duh, it’s the desert… but this place was seriously dry – some locals told us it hadn’t rained in 90 some-odd days and was going on a new record. Yikes! There’s also signs everywhere saying to watch for wild horses and burros (donkeys) but to our dismay, we didn’t see anything. We even brought out our Stones cassette to summon them, to no avail. The next morning we decided to shag going back to the paid area of Red Rock and head toward Arizona instead.

On the way out, we drove along the Vegas Strip and soaked in all the hoards of tourists and gaudy architecture that would only fly in Las Vegas. The thing I like most about Vegas is how self-aware it is – it’s tacky and over-the-top, but that’s what it does best. We popped into the Bonanza General Store before hitting the highway (cause I just couldn’t resist) and headed back into the Mountain Time Zone. Bonus: we got to drive on that super tall bridge – second tallest in America I’ve now learned – that sits above the Hoover Dam. Sadly it was pretty anticlimactic as the guardrails are just high enough that you can’t see much from the road. Boo, safety. 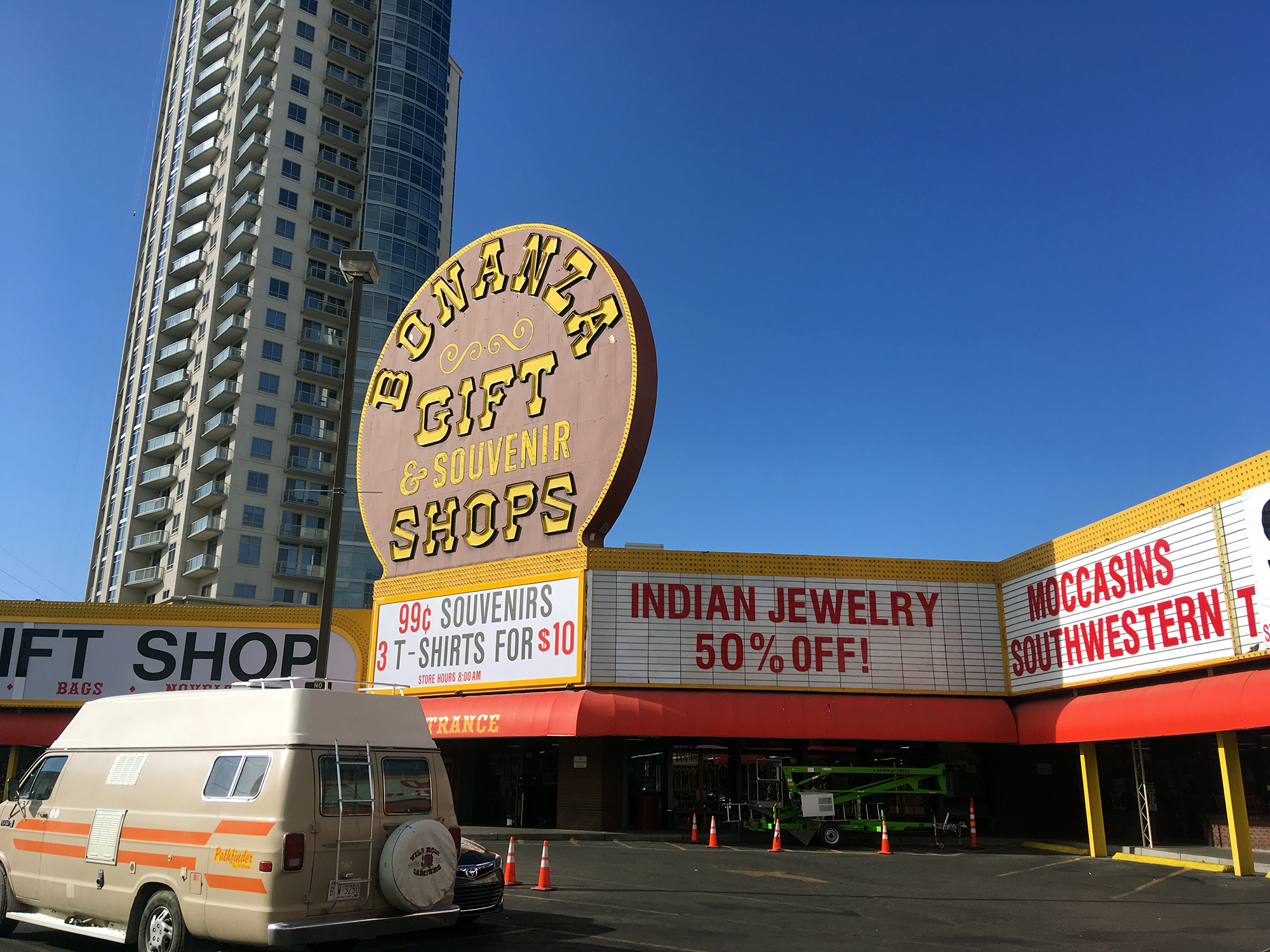 Never seen so many silly shot glasses in my life

It’s almost the holidays! Hard to believe we’re wearing t-shirts while Christmas carols play on the radio but we’re loving the warmth of the Southwest and are stoked to explore Arizona. Grand Canyon is a given but what else should we do? Hit us up!