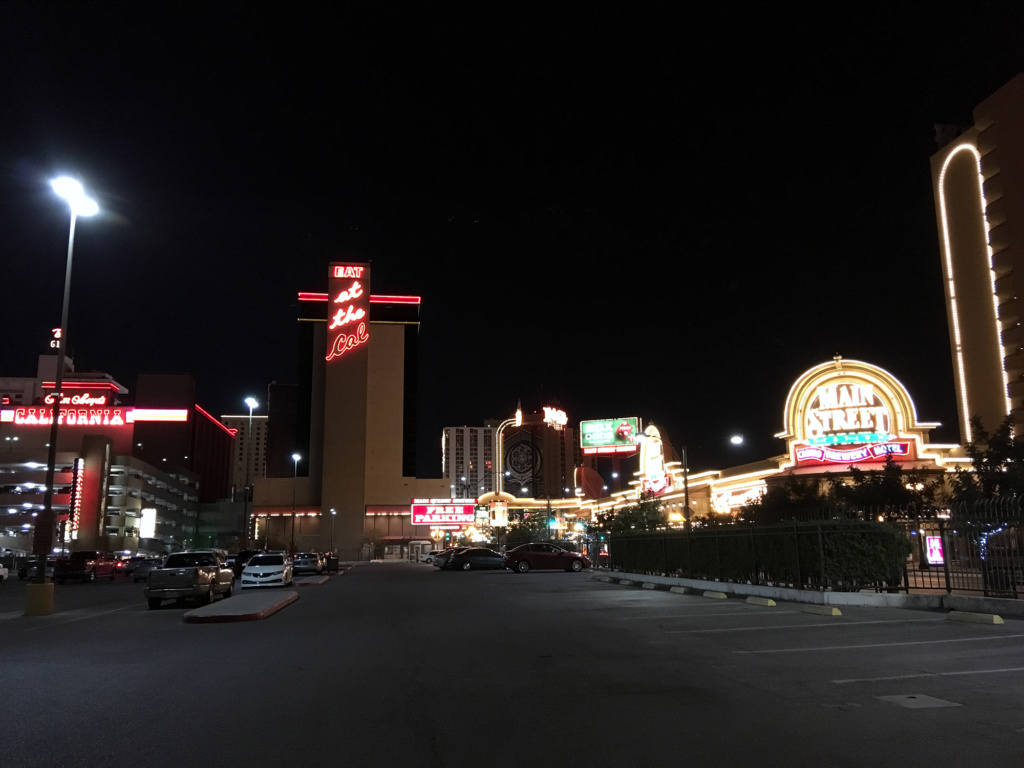 Ok, so the usual Vegas trip is a bachelorette and her gal pals with three suitcases, wearing 6” heels and weird body chains dancing by a crowded pool in the desert heat while paying 15 bucks for a vodka soda. This sounds like my nightmare. That being said, we really needed a reliable Internet connection this week so being in a big city was favourable – where better than the land of fuzzy dice and regret? Spoiler alert: I LOVE tacky shit and have always wanted to go to Vegas. Not for the aforementioned “fun” but for the real grittiness and splendor that is a city going at 100% 24 hours a day. 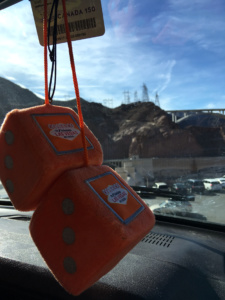 We knew that free camping and being walking distance to the city would not go hand in hand; we had to choose between being out in the boonies sans cost or forking out a little bit of cash for an RV park. Low and behold, we opted for being able to stumble home from downtown, for a fee. Justin found us a quadruple threat: a casino-hotel-brewery-RV park! Leave it to Las Vegas to home such a glorious concept. For $21/night, we had power/water hook-ups and access to bathrooms, showers and laundry – luxury!! Sure, the RV area was basically a parking lot under a freeway bridge but it was just a stone’s throw away from all the glimmering debauchery we’ve all heard so much about.

Soaking in the underpass views

With beers so big you need two hands to hold them in our grasps, we walked around the crazy, seizure-inducing tunnel that is Fremont Street. People casually flying by on zip lines, pretty girls on stage with their MacBooks calling themselves “DJs” and parents taking photos of their teenage sons posing with ladies wearing all but pasties and a g-string – this was the place. Needless to say, getting to Fremont East was a relief. The crowds thinning out with tourists quickly turning around to get back into the action cleared the way for dirty casinos and neon signs leading to nowhere. 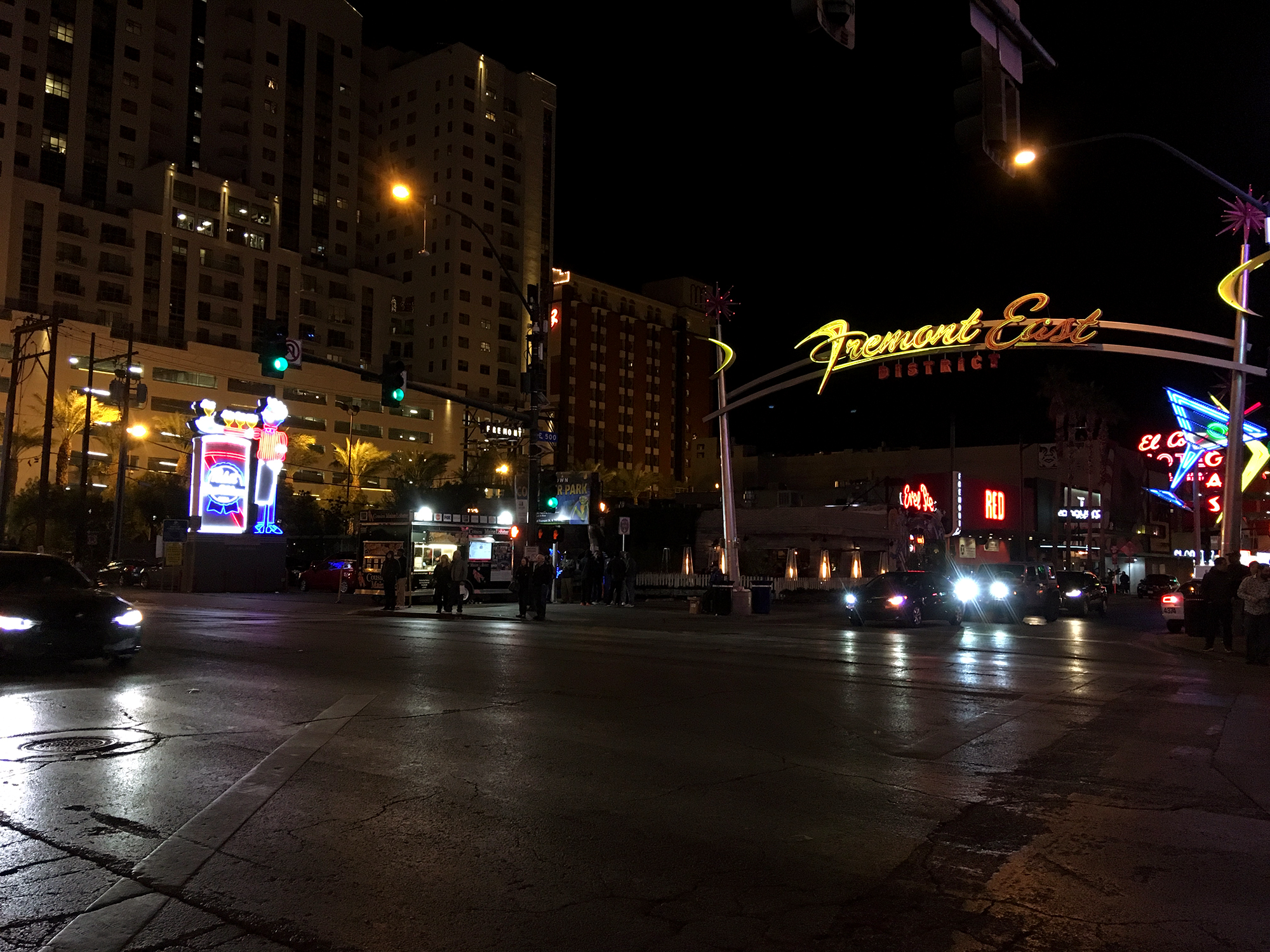 We spent four nights in Vegas and spent them all downtown. We’re going to come back to walk the strip and hopefully dine with Wayne Newton and receive a lock of his hair in a jewelry box (one can dream). With some recommendations from friends, we checked out some sweet bars and ate some great food. We met a lot of really nice locals who invited us into their worlds, and their RVs. 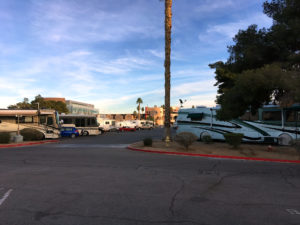 These fancy rigs don’t got nuthin’ on Clemmie

We did, however, take a break from the city and made the short trip to the Hoover Dam, which was really cool. Being off-season, it was packed so I can only imagine how hectic it gets in the summertime. Free parking was still no trouble to find on the Arizona side of the River and vantage points scattered across the bridge were never too crowded to snap some photos. And snap some photos we did. This thing was huge! It’s pretty crazy and ridiculously impressive to think they were able to build this in the 1930s. As the pattern of meeting people interested about van life continued, we met some really nice people from New Jersey that were keen to tell us about their city and eager to learn about what we’re doing. We played photographer for each other and carried on back to the van to eat some sandwiches with a view of the spillway. Being on the state line was also a bit of a trip, with our phones toggling between the Pacific and Mountain Time Zones.

With our fair share of city for a while, we are heading off to Red Rock Canyon next. But don’t worry Vegas, we’ll be back. 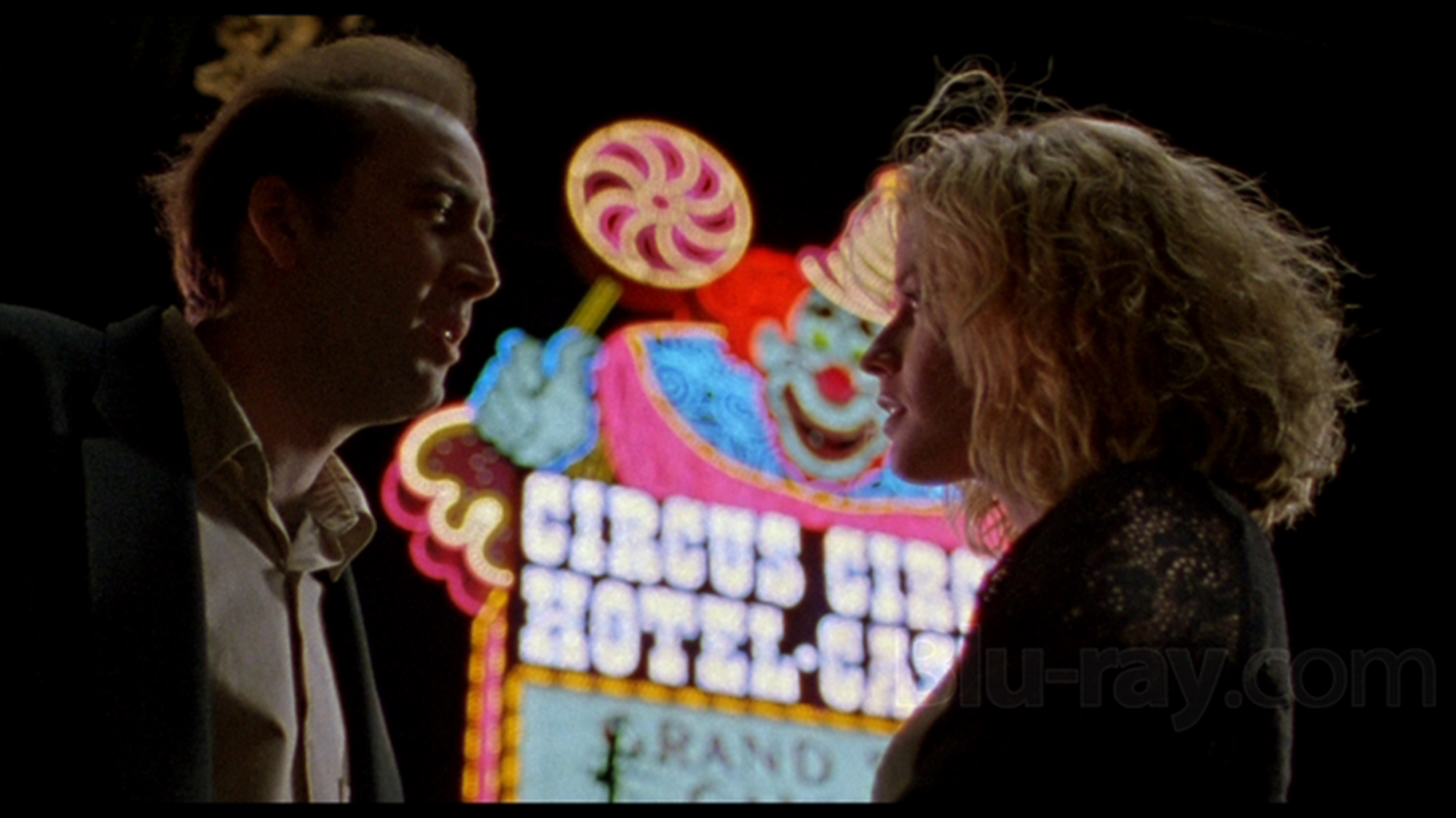 If you couldn’t get enough photos, here are some more.