Unless you’re a winter sports person, winter sucks. It’s no surprise that the beginning of December yields cooler temperatures, as the cruel loom of December 21 reigns upon us. We had originally planned to camp a night along the Ogden River, just north of Salt Lake City, but after checking the weather, we reconsidered this plan. Sleeping in -12°C/10°F is just not fun. Working with as much daylight as possible, we said screw Salt Lake City and drove the whole day toward St. George, UT. As interesting as Mormonville would be to see, we were prioritizing not having to blast the furnace all night. Not super keen on sleeping outside in a city that’s capable of hosting a Winter Olympics – maybe next time, SLC!

As we continued along the I-15 with not a flake of snow in sight, we watched the grassy land turn into desert. Sure it was dark, but those trees were getting shorter and the ground was getting sandier. This was super rad to see since neither of us have been to the desert before. We were expecting to see Wile E. Coyote and the Road Runner in a heated chase at any time, but we weren’t so lucky. 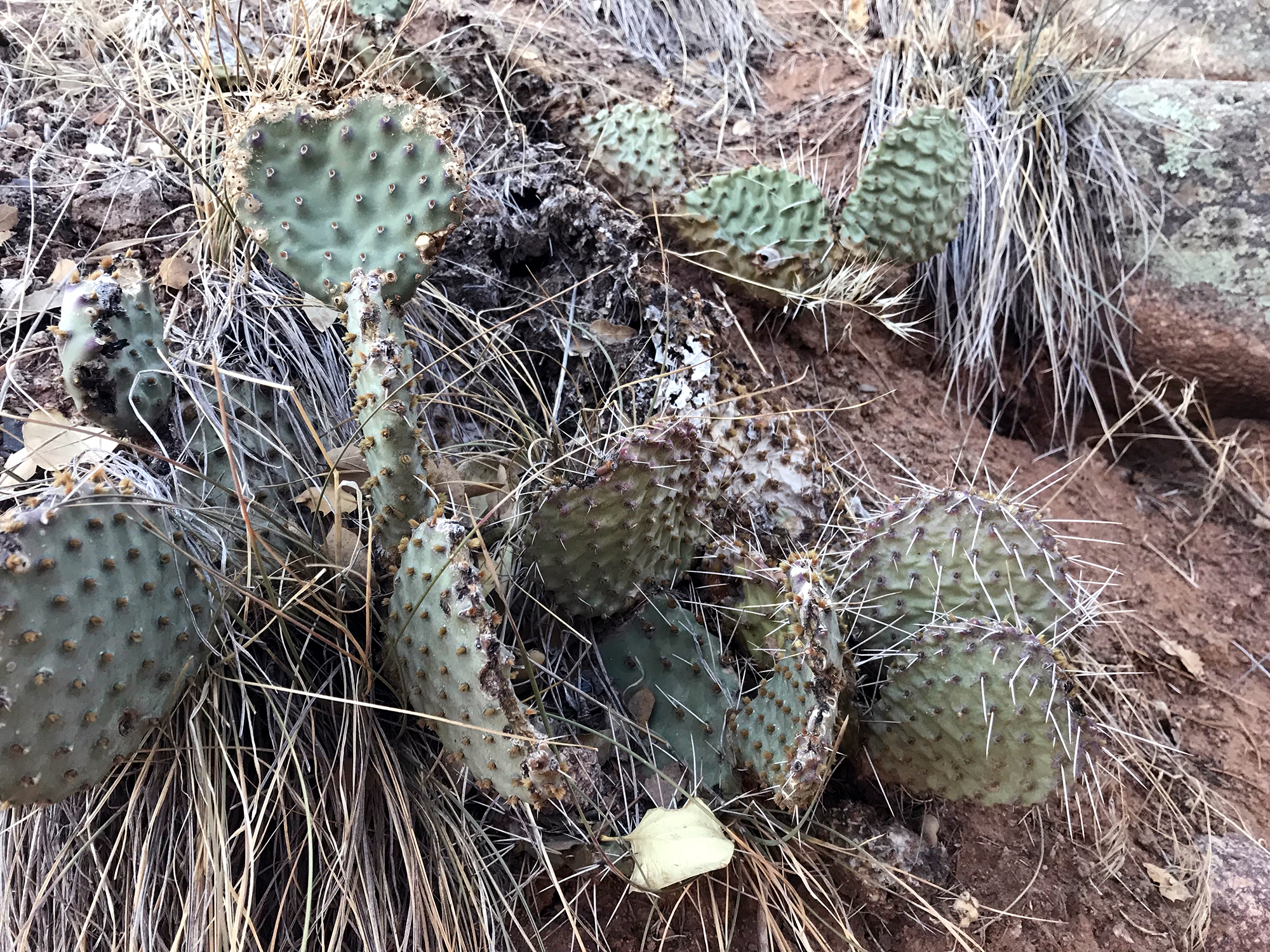 I’ve seen these in emojis before…

We finally arrived at the Dixie National Forest near Silver Reef in Leeds, UT around 9PM. Needless to say, it was very dark and not ideal for driving up winding dirt roads along a cliff but hey, why not! The roads were definitely well maintained and didn’t give us any trouble in our rear-wheel drive chariot but there were a few warning signs as we got deeper in for larger rigs and trailers to not go any further. There are a fair amount of dispersed sites along the way, but the roads definitely get tighter and harder to turn around on as you go on. We’re only 18’ so it wasn’t a problem to find a good spot, but I’d make sure to have a jack to level out if you’re going to stay a few days since everything was pretty sloped. Still, pretty wicked for a free campsite. 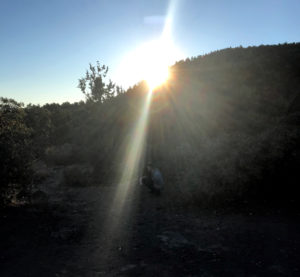 Oops! Ya caught me

Waking up here was amazing. The river rustling below, cactuses everywhere and most importantly, warmth! Our stove and furnace both run on propane so it’s nice to be able to conserve it for cooking and not have to blast the heat for extended periods of time. A few 4×4’s passed us on the way out and for the first time at any of our camping spots, there were actually other campers there. People were even sleeping in tents because the ground wasn’t covered in snow for once. We took our time leaving cause it just looked so damn cool. 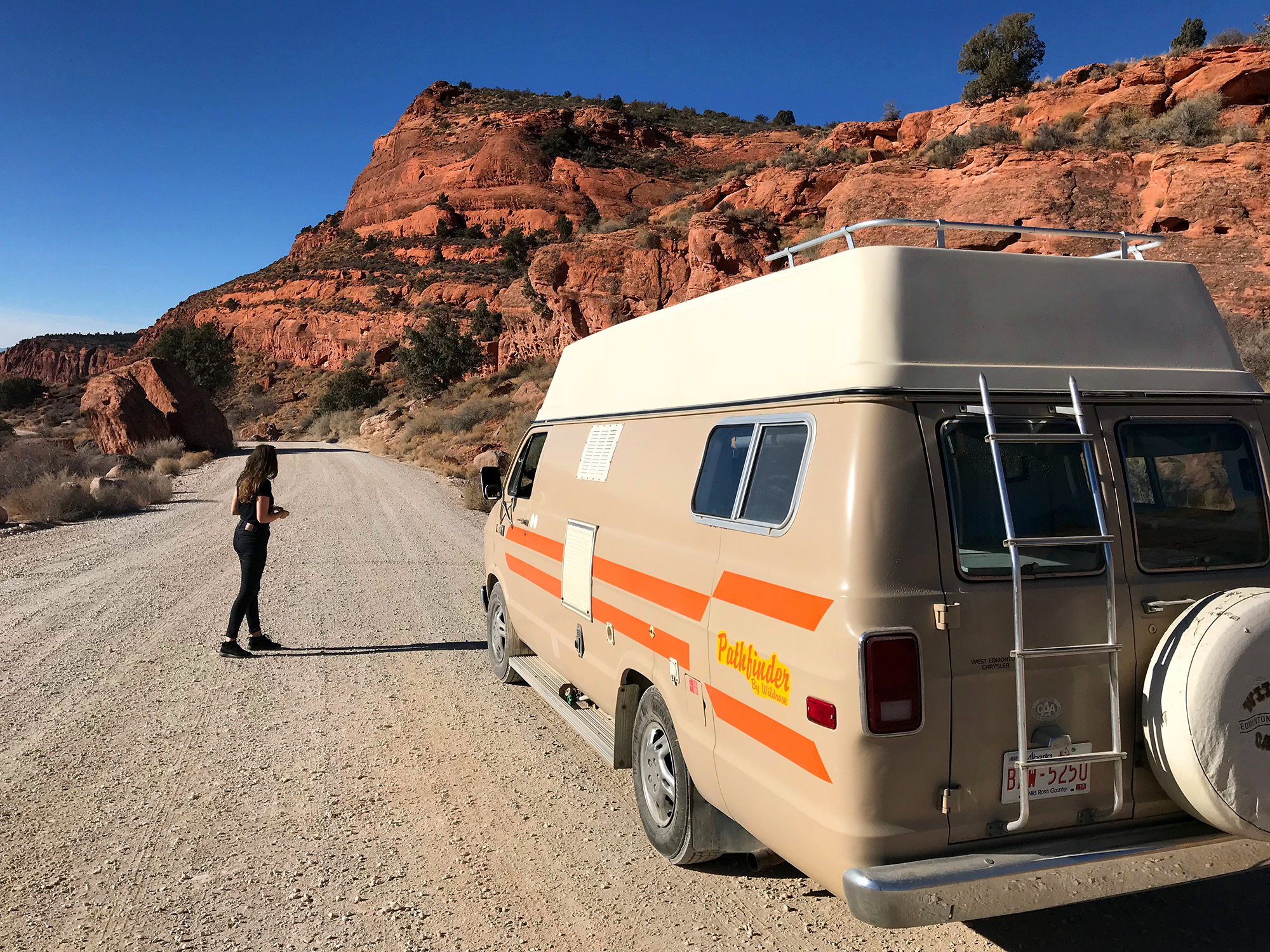 Looking a lot cooler and less terrifying in the daylight

With enough time spent on nature, the real quest was on. Eating at In-N-Out burger. For us Canadians, this is a far off dream only seen in movies. They did a pop-up in Toronto a few years back but it’s just not the same (not like we would have had any chance of actually scoring one anyway). Like so few things, it totally lived up to the hype. Could see ourselves selling our souls in the near future for a few free burgs. A deal with the Cheeseburger Devil. 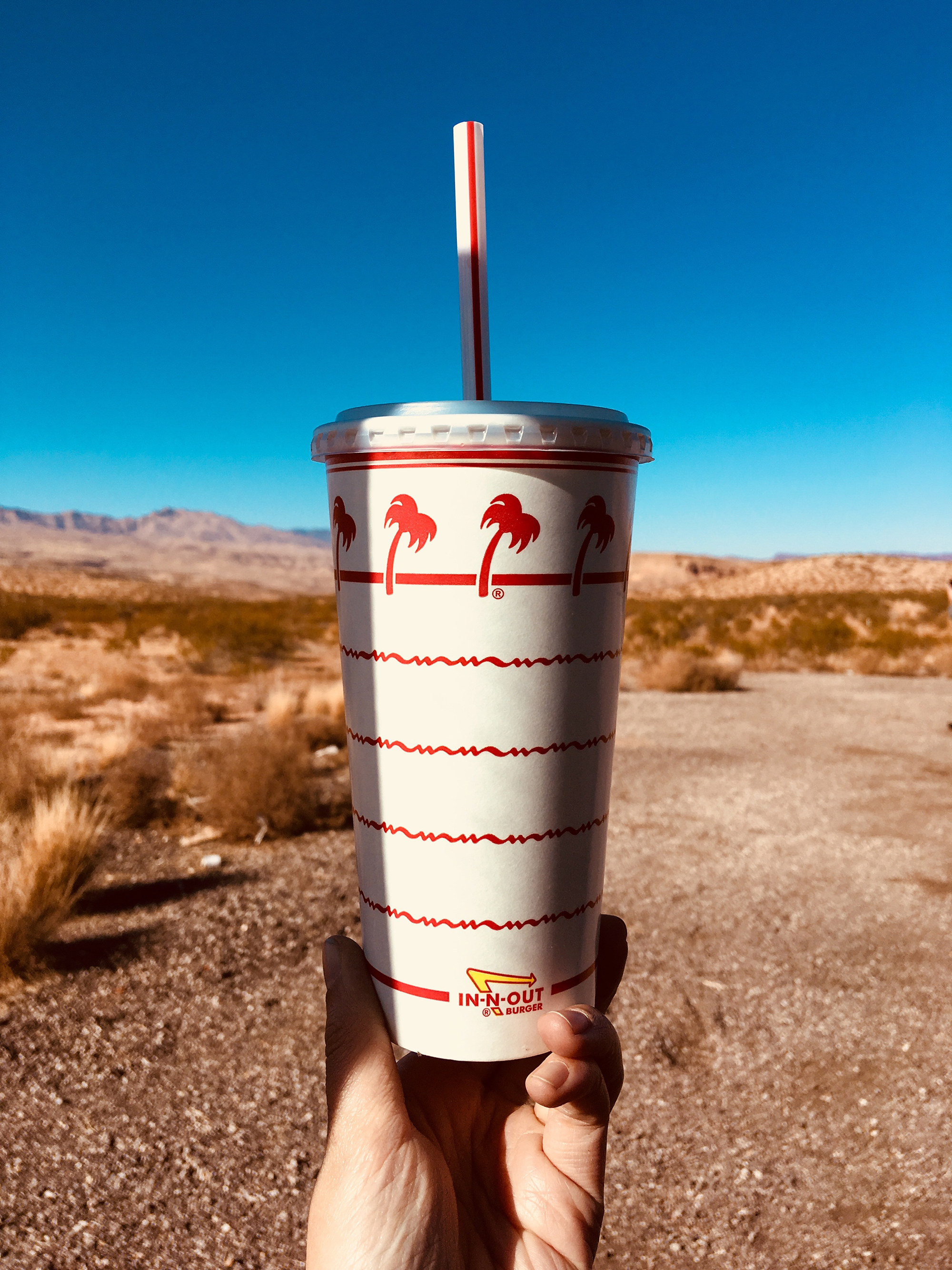 We were really digging Utah. We’ll definitely be back to check out the East side of the state and make the license plate come to life at the Delicate Arch. What are some other cool spots in this beautiful State? Let us know in the comments or via an electronic mail message!