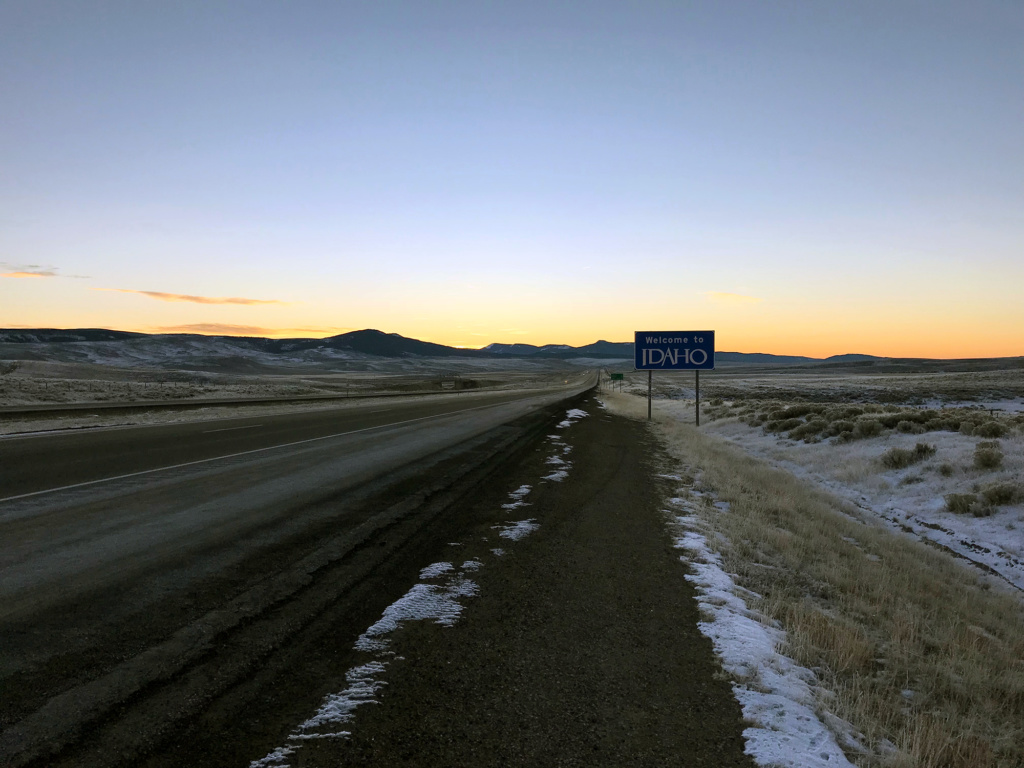 A toilet led us here: Boogying out of the snow in Idaho Falls, Idaho

A portable composting toilet is one of those things that we’ve been discussing for a while. To me, as a female, I see this as the last piece of creature comfort to make our van into a home. I’m all about being one with the land but sometimes, shit happens (ahhhh). Let’s face it, popping a squat gets you a few more looks than a man doing his thing on a fence. Gas stations are usually drivable but when you’re set up for the night and sleeping in a parking lot or on the side of a road, it’s nice to know that you have the option to relieve yourself in the comfort of your own home. That being said, we hit up the first Camping World we came across in Idaho Falls to get me a throne. 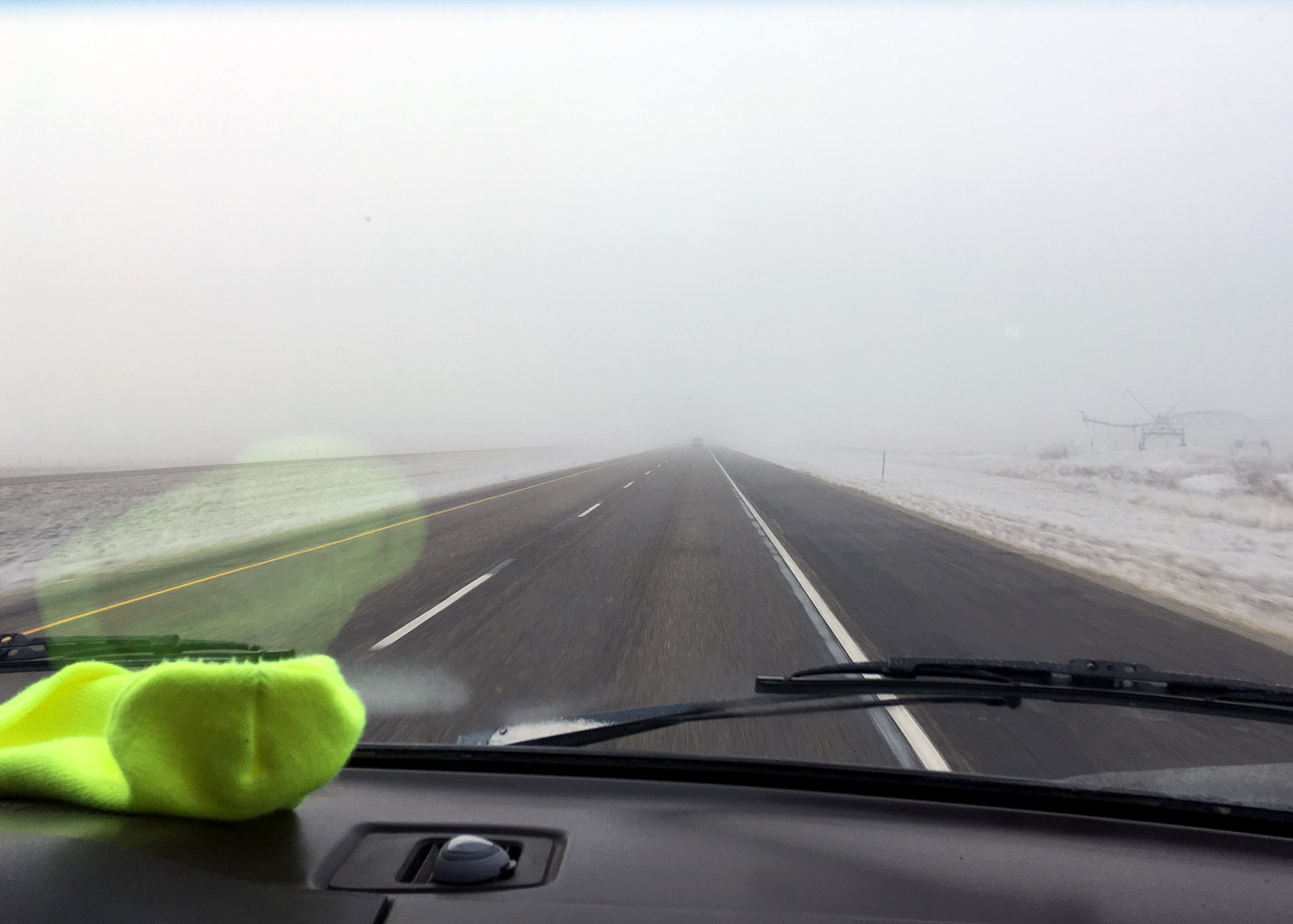 The girl at the camping store said it dumped last week. Pass!

Driving into Idaho was like driving into a cotton ball. All of a sudden, everything was covered in hoarfrost and the fog was so thick and heavy that you could barely see ahead of you. It had been 10°C/50°F and sunny earlier that day in Montana so this instant winter that fell upon us was a bit of a shocker. It did, however, make for a pretty crazy addition to this epic fountain in the middle of a roundabout that was covered in icicles. As American as can be, it was a scene of bronze eagles and a mountain lion (I think?) looking badass and a little tacky for all traffic to get distracted by. Our roundabouts are pretty low-key up in Canadaland so this definitely had us gawking. 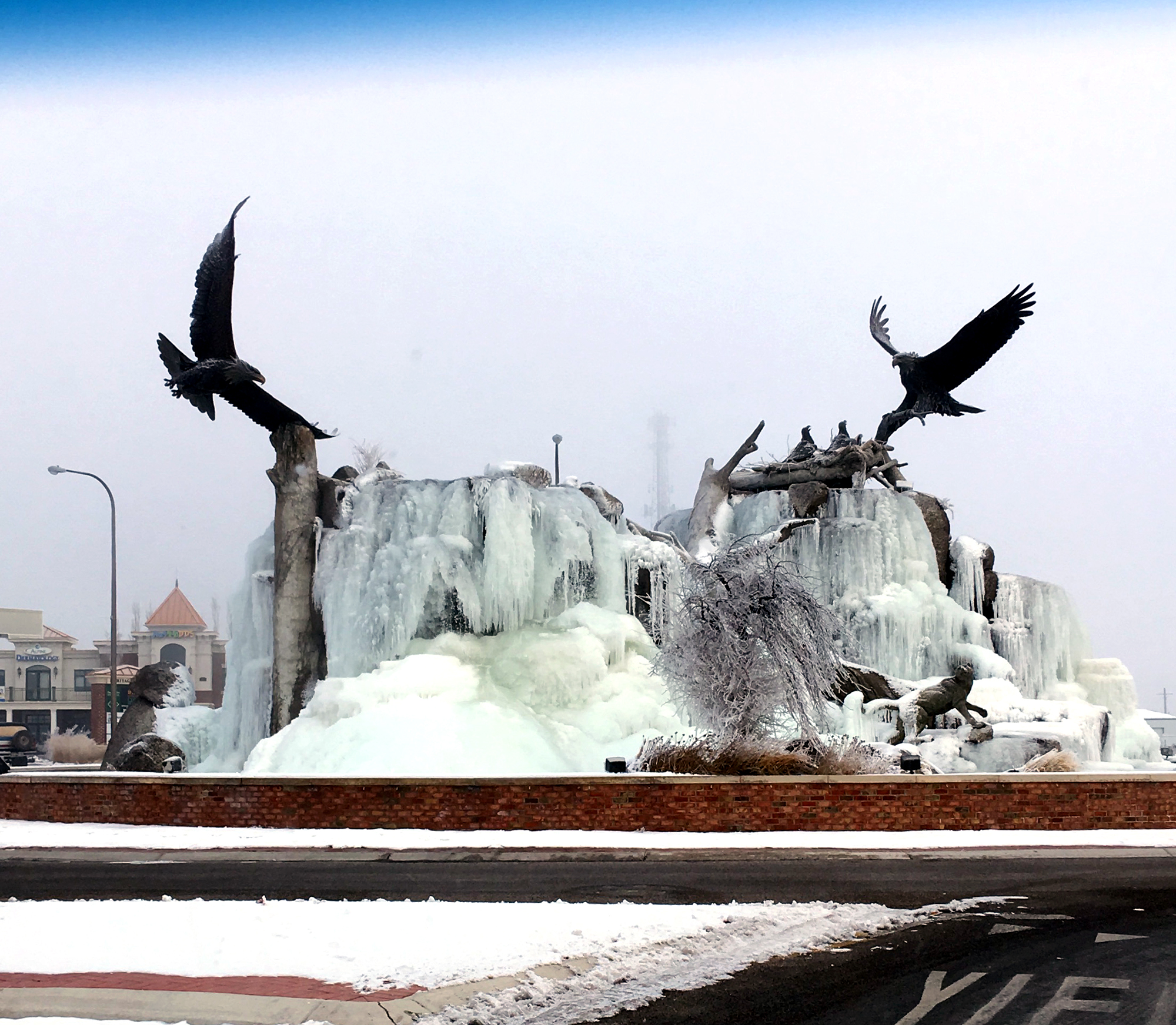 Upon finding our toilet, we also became members of the RV Club, Good Sam. It was only 27 bucks and got us our toilet for almost half price and will save us on gas at Pilot and Flying J, along with a few other perks. So far it’s been decent but we’ll have to update once we’ve used it more to confirm if it’s worth it. Back to the toilet. We got a Dometic 976 5-gallon commode that’s a pretty major step up from our other idea, a paint bucket with a pool noodle on it. The Dometic seemed to be a pretty popular choice for this type of use and I’m sure will be great, but we’re yet to christen it. 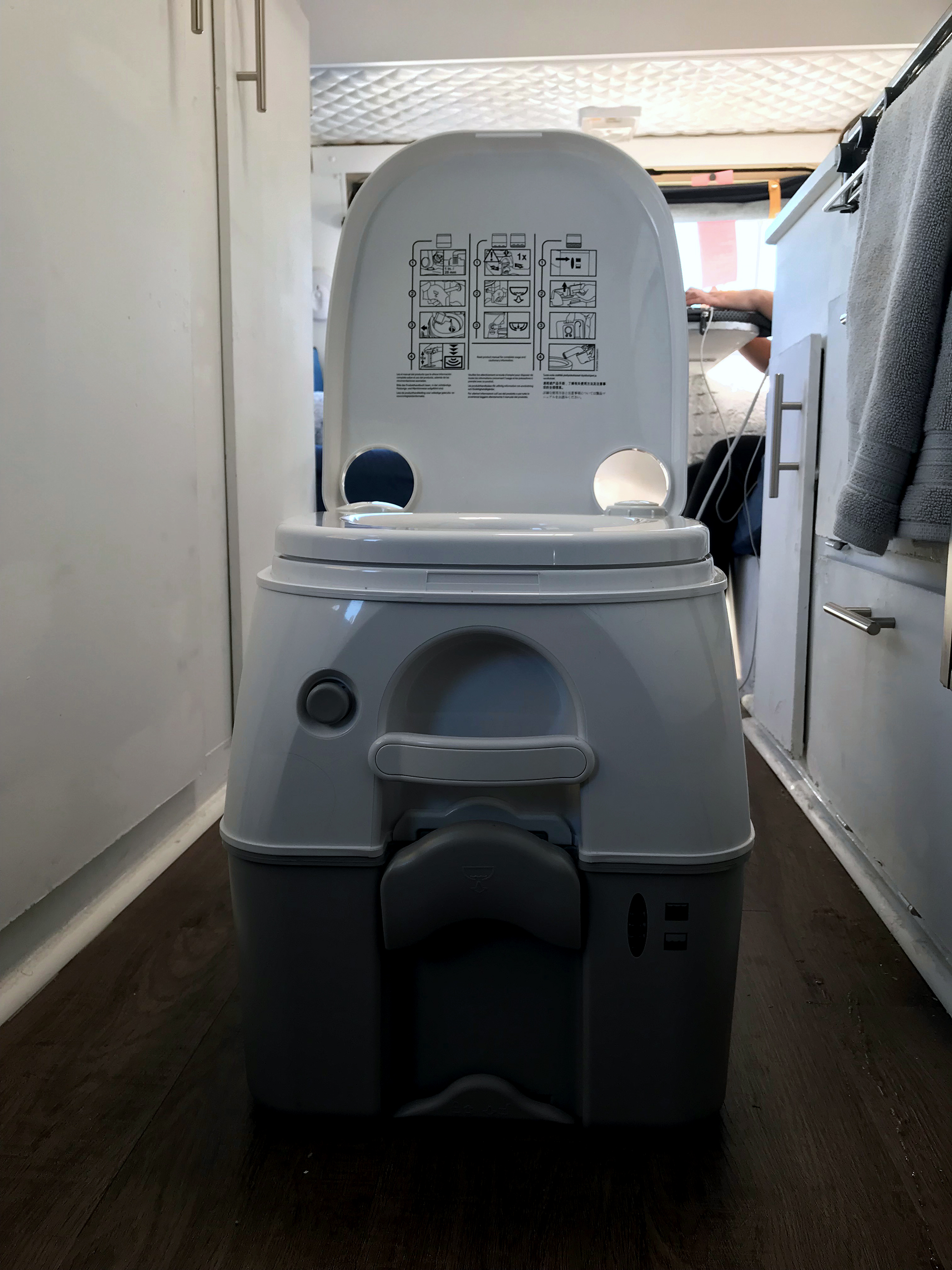