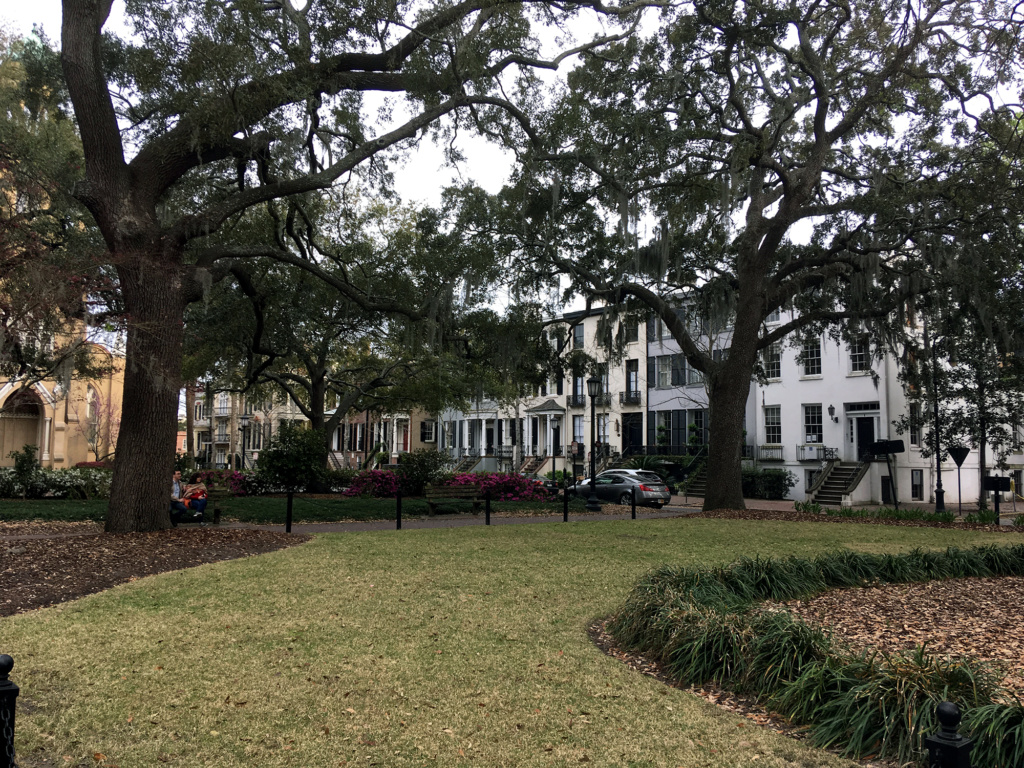 Taking in our last days on the East Coast before heading back west. Georgia and the Carolinas sure did treat us good!

Anyone who’s taken the I-95 into Georgia has seen them: row after row of huge billboards that won’t let you forget exit 58 in Townsend, GA. And anyone who has seen these signs knows that that is the exit for none other than, Peach World. Falling almost too easily into their trap, we had to stop and see what all the hype was about. I mean, peach wine? Peach salsa? Peach cider? Yes please! Gotta say that we were quite surprised by how small and unassuming the place was but once they started hitting us with free samples, we had both feet in the door. With peaches not being in season, we stuck mostly to pralines but were determined to try the peach wine. If you like syrupy sweet wine that has the strangest aftertaste of oregano, then this is for you. I found it to be pretty much undrinkable unless mixed with soda water or something else to dilute it but Justin couldn’t get enough. He also loves Vienna sausages so make of that what you will. On the other hand, the praline pecan honey butter has got to be one of the best things to come out of Georgia. It sure is sweet but in the most heavenly way possible. Seriously, this stuff is dangerously good. And as far as dangerously good goes, we also had to make a stop at a Krystal after beginning our love affair with White Castle in Vegas. Seemingly the exact same mini square burgers, we’re still confused that they’re not actually just the same company. That being said, there was something about the Krystal burgers that took them one step further into the weird processed “why did I just eat 12 of these” world that they live in and for that, I have to pass the throne onto Krystal. Feel free to argue otherwise, I’m always up for a debate about important things in the world like burgers. After all this new food excitement, we headed into Savannah and were so bummed to see that the visitor’s centre no longer allows overnight parking. Some fellow vanners had just stayed there not long before us and recommended it but it seems that the change happened in response to people taking advantage of the great parking opportunity and treating it like it was their backyard. We’ve stayed at plenty of Walmarts where we’re continuously stunned by how at-home people in big RVs make themselves with their generators running, slides out and even having outdoor TVs or radios going. Just because the visitor centre was charging 10 or 15 bucks to allow the parking does not mean you’re entitled to treat it like an RV Park or even worse, leave trash around or damage the pavement with jacks and hitches. I’m going to save this rant for another post with some simple steps on how not to be a complete asshole when staying in a parking lot (especially when it’s FREE) and ruin it for the rest of us travellers that are just looking for an overnight stop. On that note, we were still able to park for a couple hours in the afternoon and explore Savannah but definitely not as much as we would have liked. It is such a pretty city! It just feels so quaint and cozy with Victorian-style houses shaded by mature trees wrapped in vines and colourful flowers. Savannah was just the prettiest

It seemed like every street had something lovely to see, whether it be intricate architecture, cool shops or lush greenery like that of Forsyth Park. There was a wedding going on by the fountain and every angle looked like it was out of a storybook. This was our first real look at a city in the south (we only got to see the gulf coast of Mississippi and Alabama, which had a much different vibe) and it was certainly chock full of the dreamy secret garden-esque homes that people lust over on House Hunters. Whether that’s a realistic representation in 2018 or not, it sure made for some real purdy scenery. To our dismay, we had to leave the parking lot by 6 so didn’t get a chance to go for a drink somewhere or enjoy the open container laws but it’s at the top of our list to revisit another time. Savannah had many similarities to New Orleans with the European influence on architecture and liquor merriment but didn’t feel at all trashy like the NOLA overkill did. Sigh, onto the nearest Walmart to have a snooze. Streets of Historic Savannah are allowed to be filled with booze in Dixie cups!

The next morning, we made a brief stop in Hardeeville, SC to take Clemmie’s picture with the pink and grey elephants at Papa Joe’s Fireworks (assuming this is owned by John’s lesser known brother). No clue what the significance is but they’re definitely different. When we have longer drives, we use this website to see some “quirkier” tourist attractions that break up our drive and make it a little more interesting. 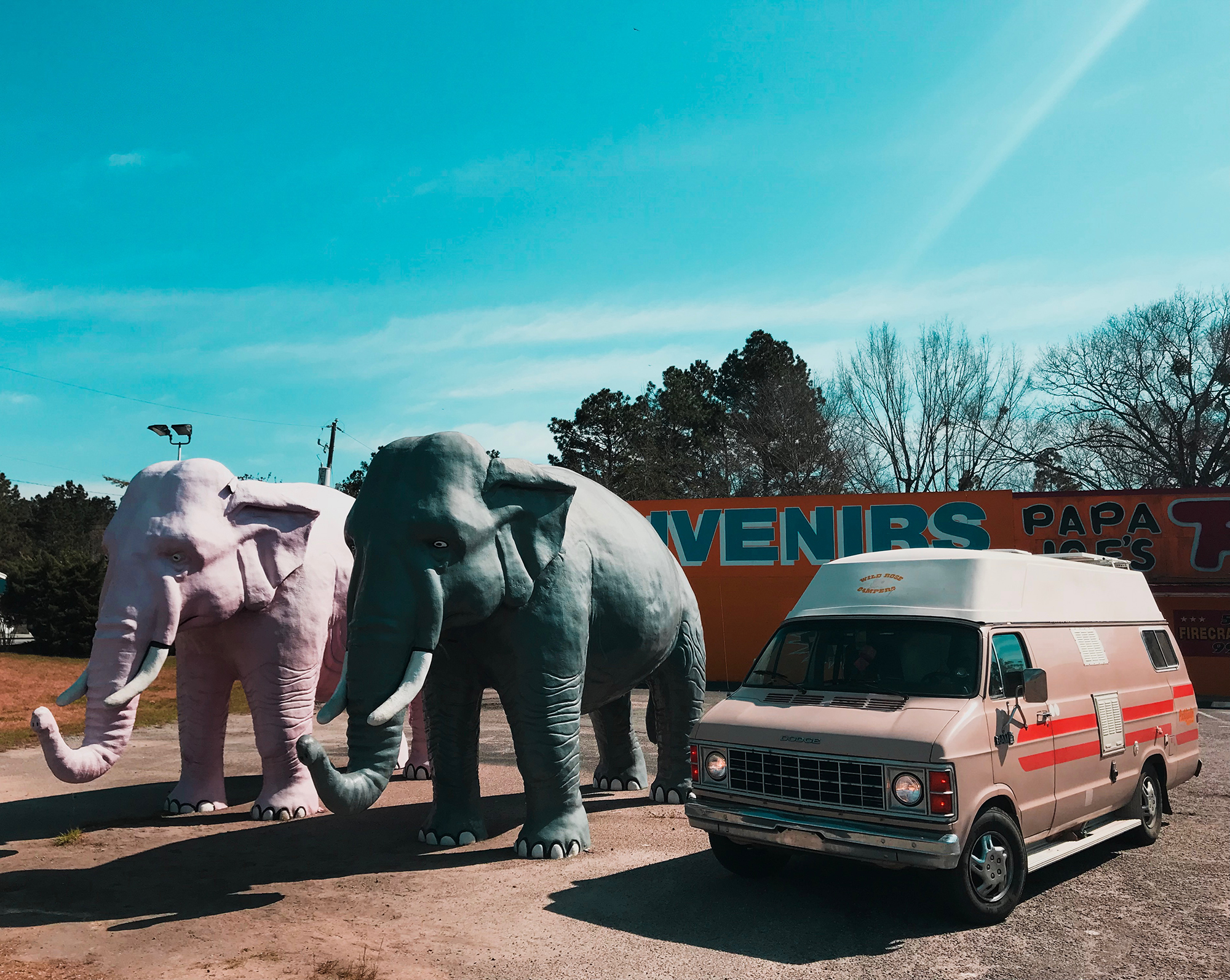 They call them Thelma and Louise

Our next mission was to see what Charleston was all about but being a Sunday, parking spots seemed to be a mythical concept. When we’re in cities, we generally just drive around to see what’s up so we were satisfied taking in more of that southern charm from the van windows. Looking quite similar to Savannah, Charleston echoed the fairytale look with the historic homes and low hanging trees that lined the streets as people lined up to have their photo taken in front of a row of pastel coloured houses. We took our cue to move away from downtown and headed across James Island to Folly Beach. It was a moderately warm day so it was busy but nowhere near as jammed as Charleston and made for a nice little rest stop on the beach before heading north. 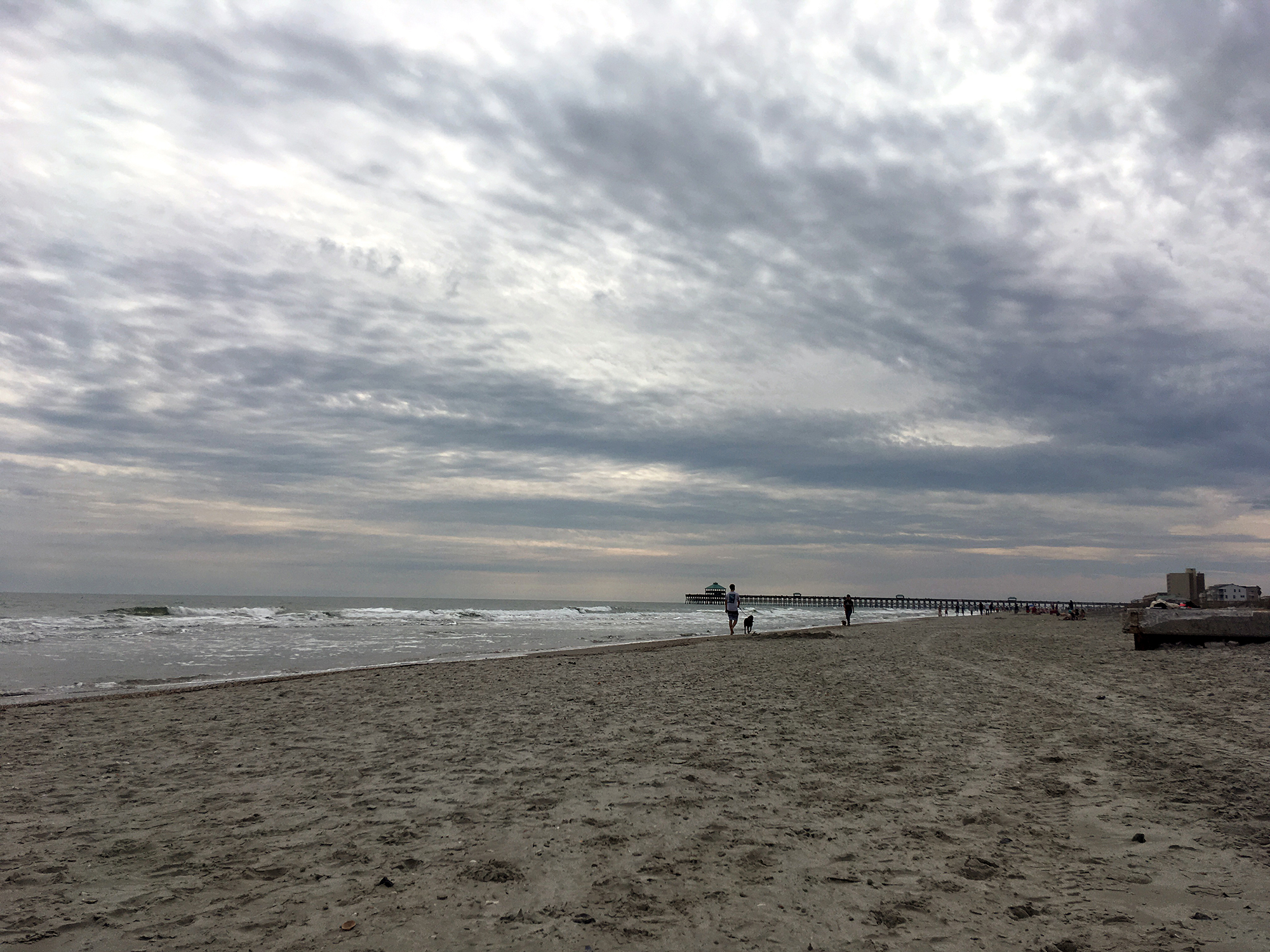 Folly Beach was a nice, quieter spot just outside of Charleston

We’re big fans of the multitude of options for camping in National Forests, BLMs and WMAs in the United States. Being from Ontario (Southern Ontario specifically), although we have plenty of Crown Land, the resources and databases offered to the public are quite confusing and make it difficult to navigate exactly where you can and cannot camp. To that point, most of the more known spots that I or friends have visited are meant for portaging and are certainly not accessible in a camper. The amount of fully developed campgrounds that we’ve stayed at in the US that are completely free or require a simple free permit is mind-boggling. If you’re an American reading this, get out there and explore some of these public use spots while they’re still around! We’ve had better free campsites here than some of those that we’ve paid for at home. One of these spots being right by the Francis Marion National Forest in the Santee Coastal Reserve. It was so nice to be back in secluded wilderness after being packed in like sardines in Florida’s WMAs. No cell service and a sky lit up by stars and fireflies always makes for an amazing night’s sleep. Continuing up the coast, we spent the abnormally cold work week at Myrtle Beach State Park and rejoiced that we no longer have to pay for campgrounds to use electricity to work. Our solar is up and running and we couldn’t be more excited! We were happy to have shore power this particular week because it was very overcast and cold and with the endless storms hitting the northeast, we decided to rethink our drive through North Carolina and just skim the bottom before heading to Tennessee. We made a stop in the Nantahala National Forest and admired how beautiful it was to be back in the mountains. Clemmie’s gotta get used to mountain driving again before we get back to BC and Alberta because everything east of New Mexico has been pretty flat for the past while. We’re on a mission now to get west as swiftly as possible to give ourselves enough time to explore America’s Pacific Coast before our tourist visas run out. As always, seeing all the things we can see along the way. Any suggestions? 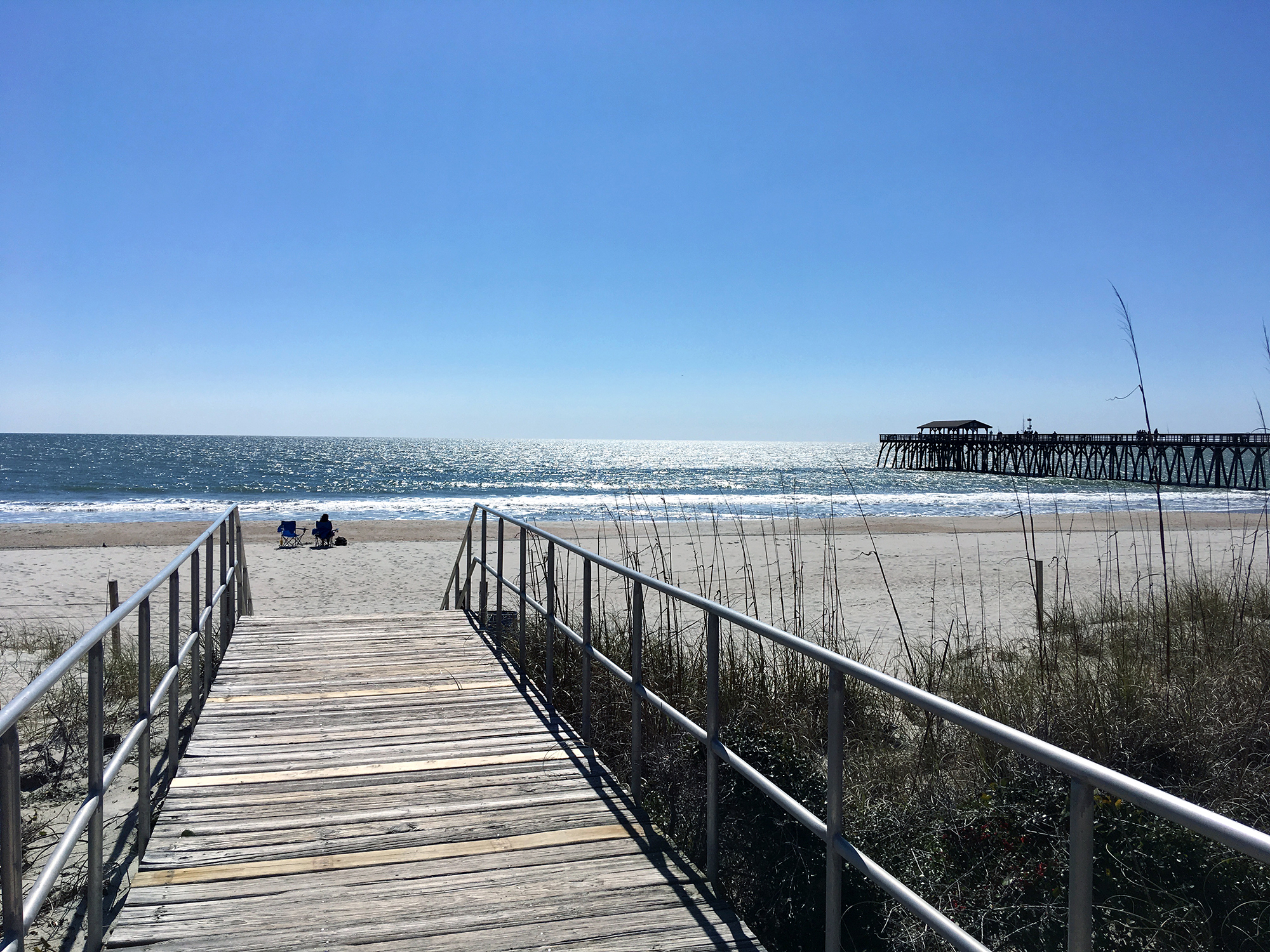