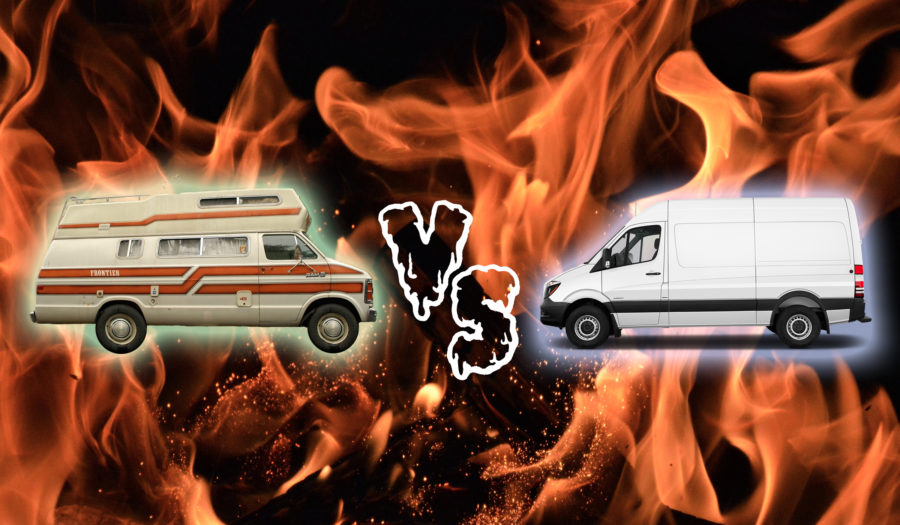 14 FebBattle of the Vans: Old Vs. New

What really are the pros and cons of buying an older van versus a newer one? We’ve compiled a list of things to consider when deciding between the two.

They say a house is the biggest purchase you’ll ever make and although a van may not be quite that, it’s still a pretty major decision if you plan to live in it. Some people have distinct visions for their van life – maybe cruising through the sunset in a candy-coloured VW bus or ripping through the mountains in a decked out Sprinter – but for anyone weighing out their options, here are a few things to consider.

First off, I want to clarify that when I say “old van” I mean anything pre-new millennium. In the car world, pretty much anything over 10 years old is considered to be old but in the van world, there are a ton of vintage rigs kicking around that still have plenty of life left in them. Using that benchmark, a “newer van” would be pretty much anything made in the 2000s onward but it seems like the past 15 years have been the most prolific.

IN THIS CORNER: OLDER VANS

IN THIS CORNER: NEWER VANS 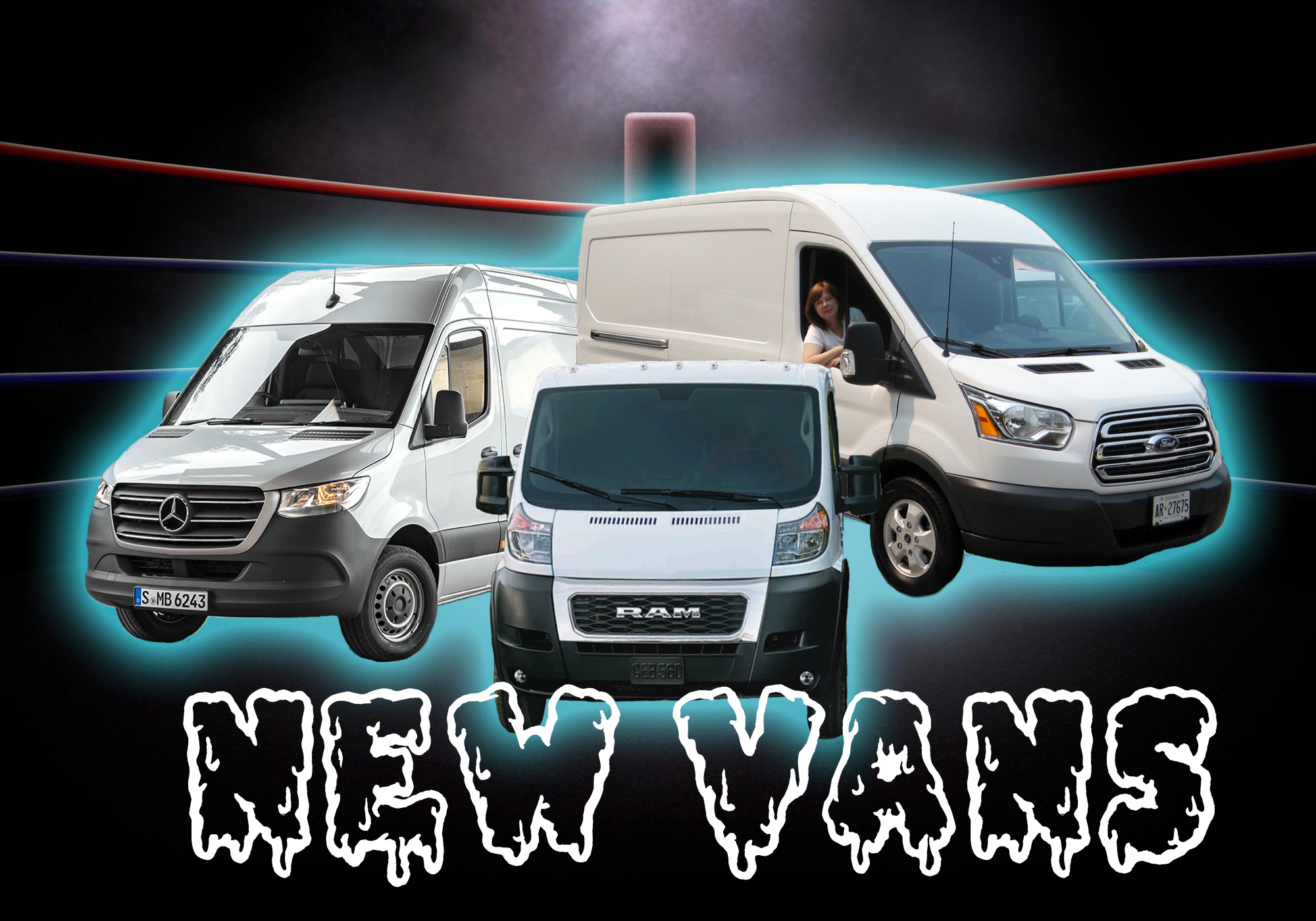 There is no winner. Womp womp womp. Ultimately, this is a very personal decision based on your budget, mechanical know-how and how much work you want to put into it. Owning an older vehicle is a labour of love that’s priceless for some and completely unappetizing for others. If you’re willing to learn and are motivated to do repairs yourself then even with the higher costs of fuel, an older van will still probably end up costing you less after 5 years. As this redditor puts it,

A lot of things added in modern vehicles geared at making your life easier can often make your life hell when they’re not functioning properly – computerization can be a blessing and a curse. I suppose the final thing to consider is how long you plan to own the van and how its resale value will be affected after that term. New vehicles lose value as soon as they drive off the lot so let someone else take the depreciation hit. Just remember, newer doesn’t always mean better and whichever route you choose, make that van your own and get cruisin’!