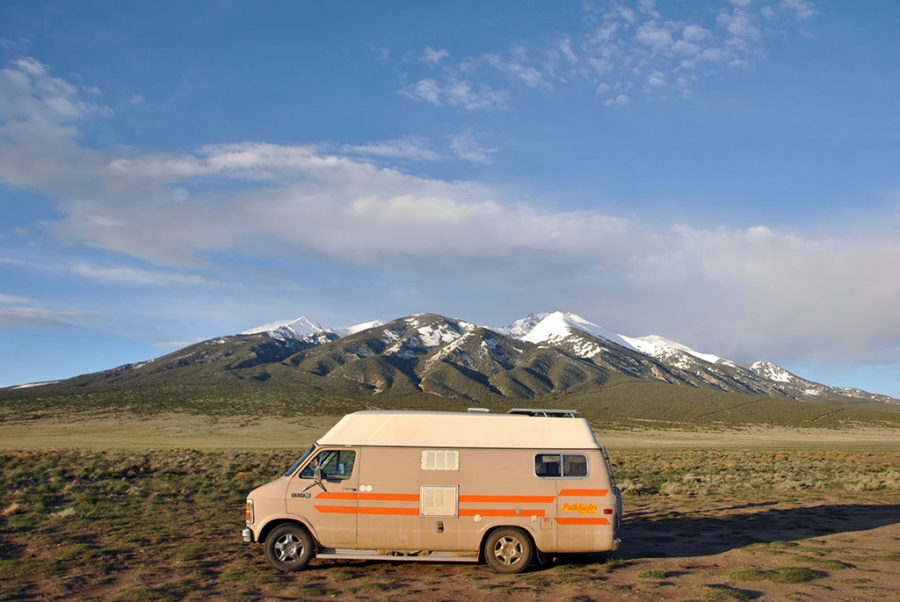 We spent a couple weeks exploring all the cool spots that Colorado has to offer; from sipping beers on the patio in Denver to going to a gig at Red Rocks Amphitheatre to running in the sand at Great Sand Dunes National Park.

So the main reason for our trip back down to the states was for a show at Red Rocks Amphitheatre that we and friends of ours in Toronto had bought tickets for way back in November. We don’t really plan all that much so we like to have these sort of set-in-stone anchor points to work around and just fill in the blanks in between. It’s also fun to have something to look forward to that always feels like it’s ages away then have it quickly creep up on you. We made our way to Denver the day before our friends arrived to do all of our necessary preparations for having 4 people in the van and of course, do a Planet Fitness shower run. The gross weather was following us and the mountains were nowhere to be seen. It wasn’t exactly the most hype-inducing start to exploring a city that we’ve heard so much about but that wasn’t going to hold us back from getting out there and making the most of it. 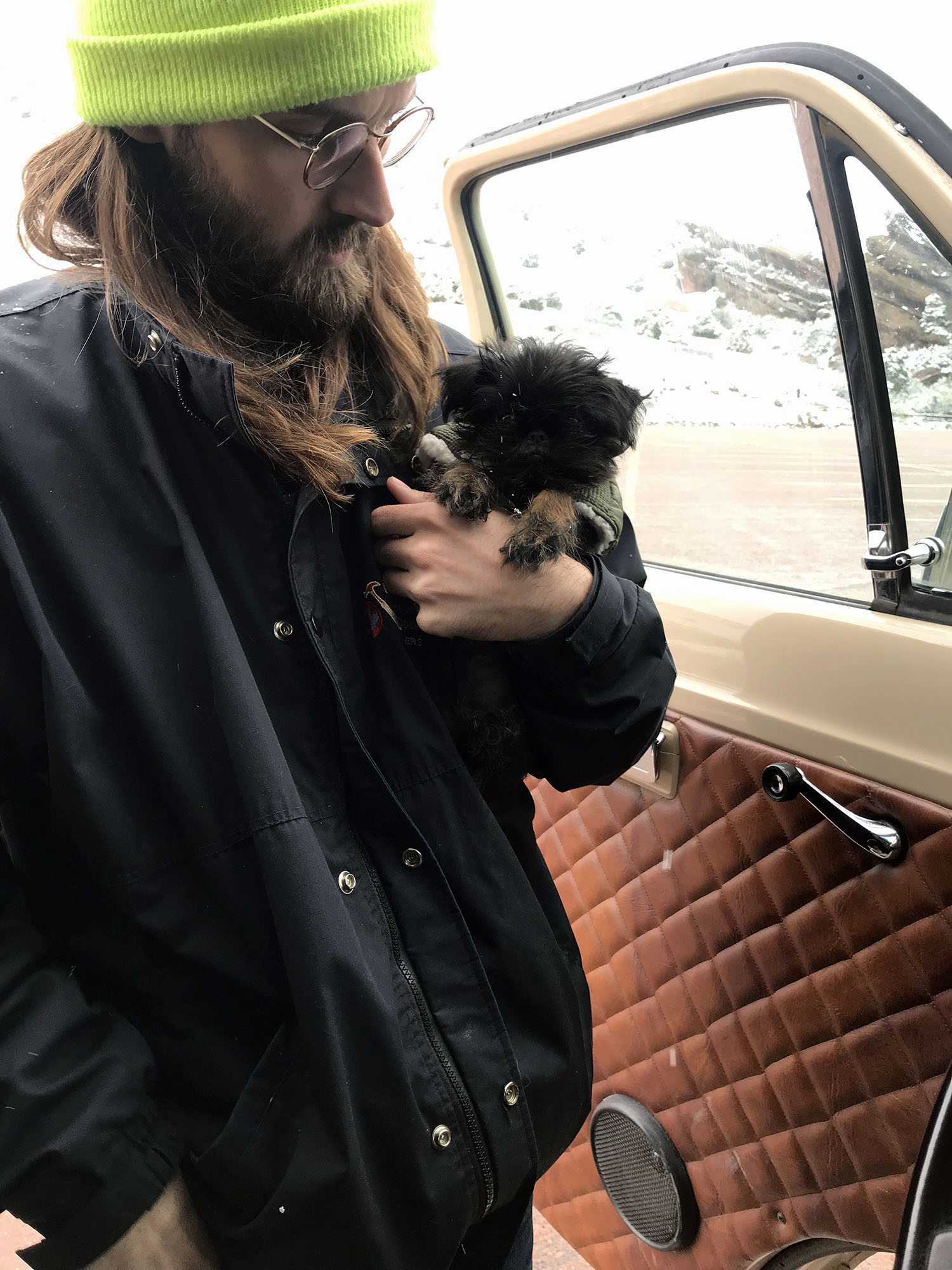 A cold Pierogi is an unhappy Pierogi

Fast forward to the next day when the baseball game we had tickets to got cancelled because of the weather so we led ourselves on a grand brewery tour instead. We hit a few good stops like Great Divide and Jagged Mountain before the rest of the night became a blur and we replenished ourselves with a heavenly pie at Ian’s Pizza. We scored a campsite for the next day at Bear Creek Lake Park – 5 minutes away from Red Rocks – so we headed toward Morrison before the show to do the loop around the grounds as the rain turned to snow. Not exactly ideal weather conditions for an outdoor concert followed by camping in a tent but what can ya do. 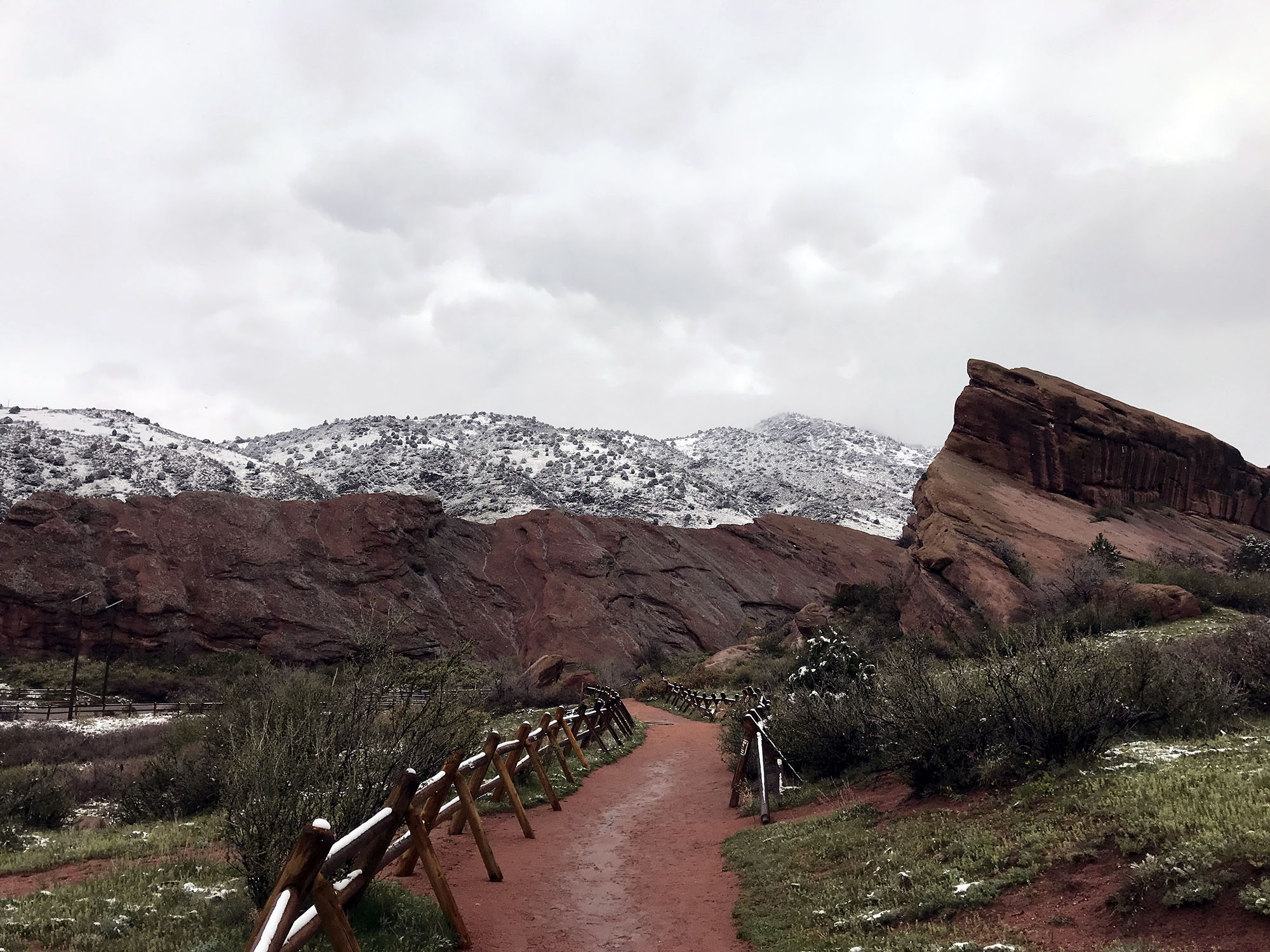 Those rocks are still pretty darn red despite all that snow

The grounds at Red Rocks are super cool and the acoustics of the show were mind-boggling-ly amazing (we saw Vulfpeck and Khruangbin) despite the winter-like temperatures. In search of some warmer weather, we made our way south toward Colorado’s elusive desert after another snowy night in the mountains. We checked out Great Sand Dunes National Park which was one of the coolest places we’ve ever been to. Think White Sands meets the Sahara Desert – but with Rocky Mountains in the background. The Dunes are deceivingly rounded out and make for a pretty scenic workout, especially when Pierogi was having the time of her life and ran the entire time. 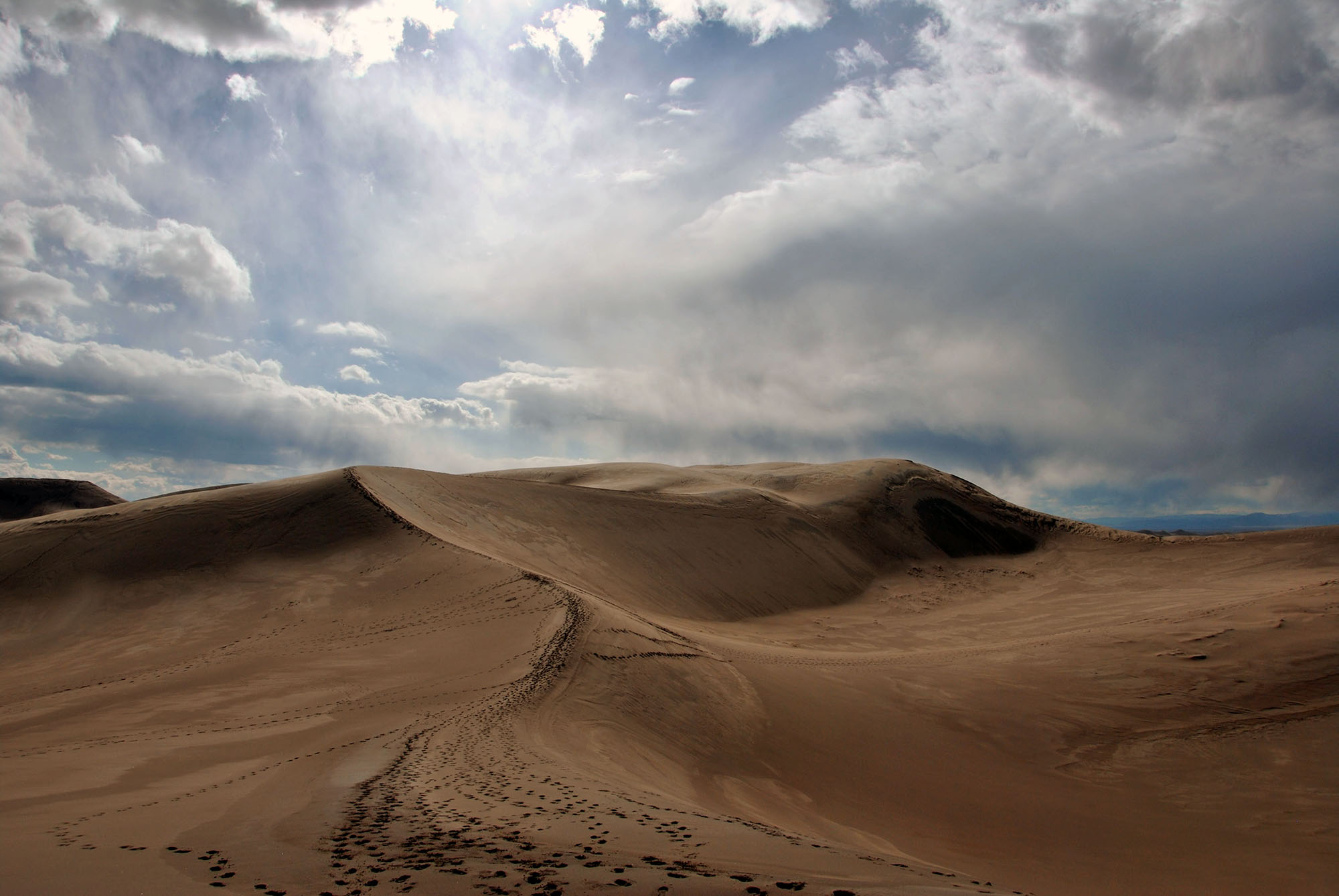 The Great Sand Dunes are so frickin cool! 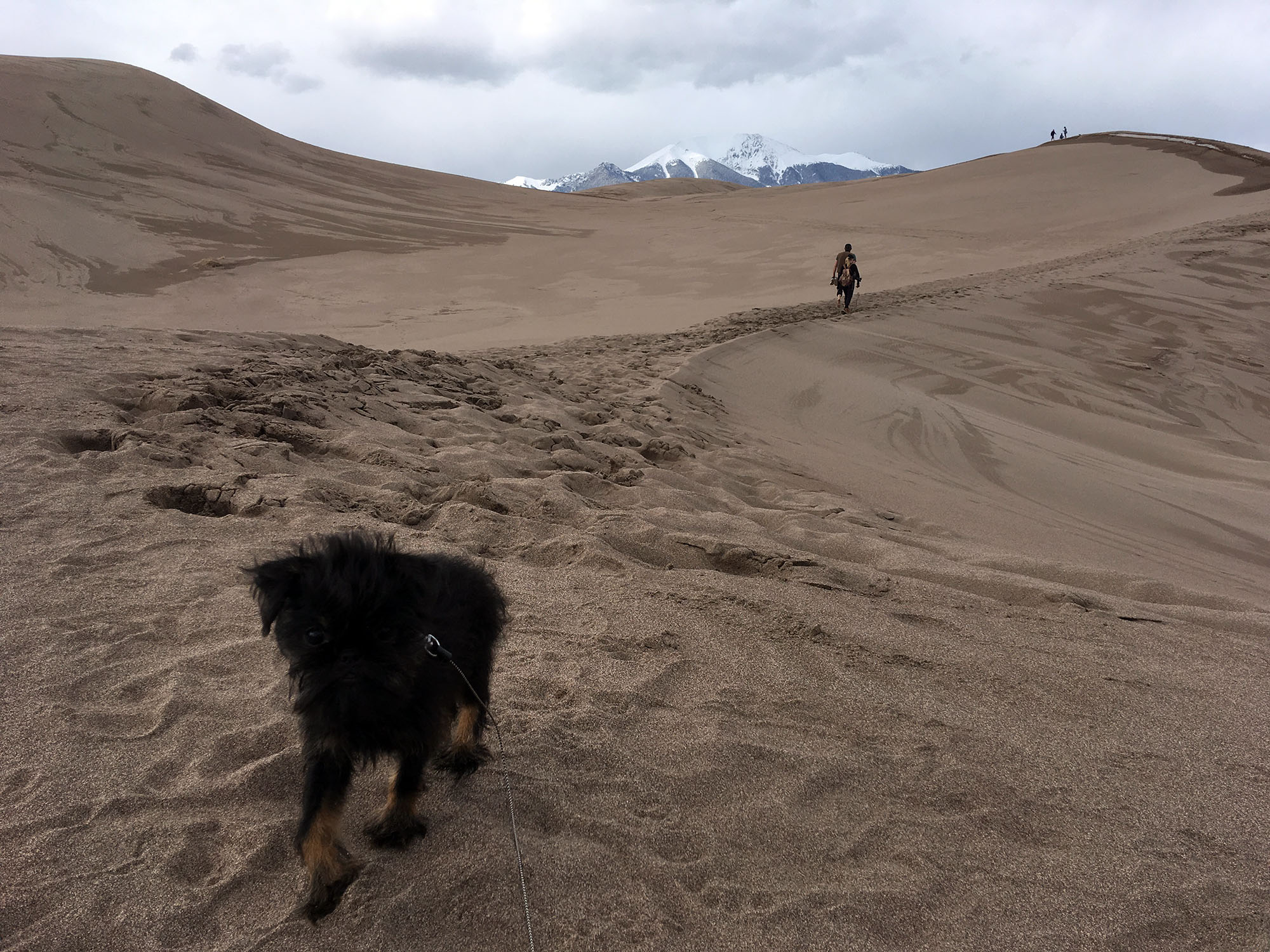 Pierogi killing it on the dunes

The views were spectacular and surreal and didn’t stop when we camped the night at the foot of Blanca Peak, one of Colorado’s tallest mountains. Our wishes for sunshine were also granted in full force and we certainly had the sun burns to prove it. We also got a chance to explore Garden of the Gods Park and the Paint Mines outside of Colorado Springs. Both super cool and super unique. 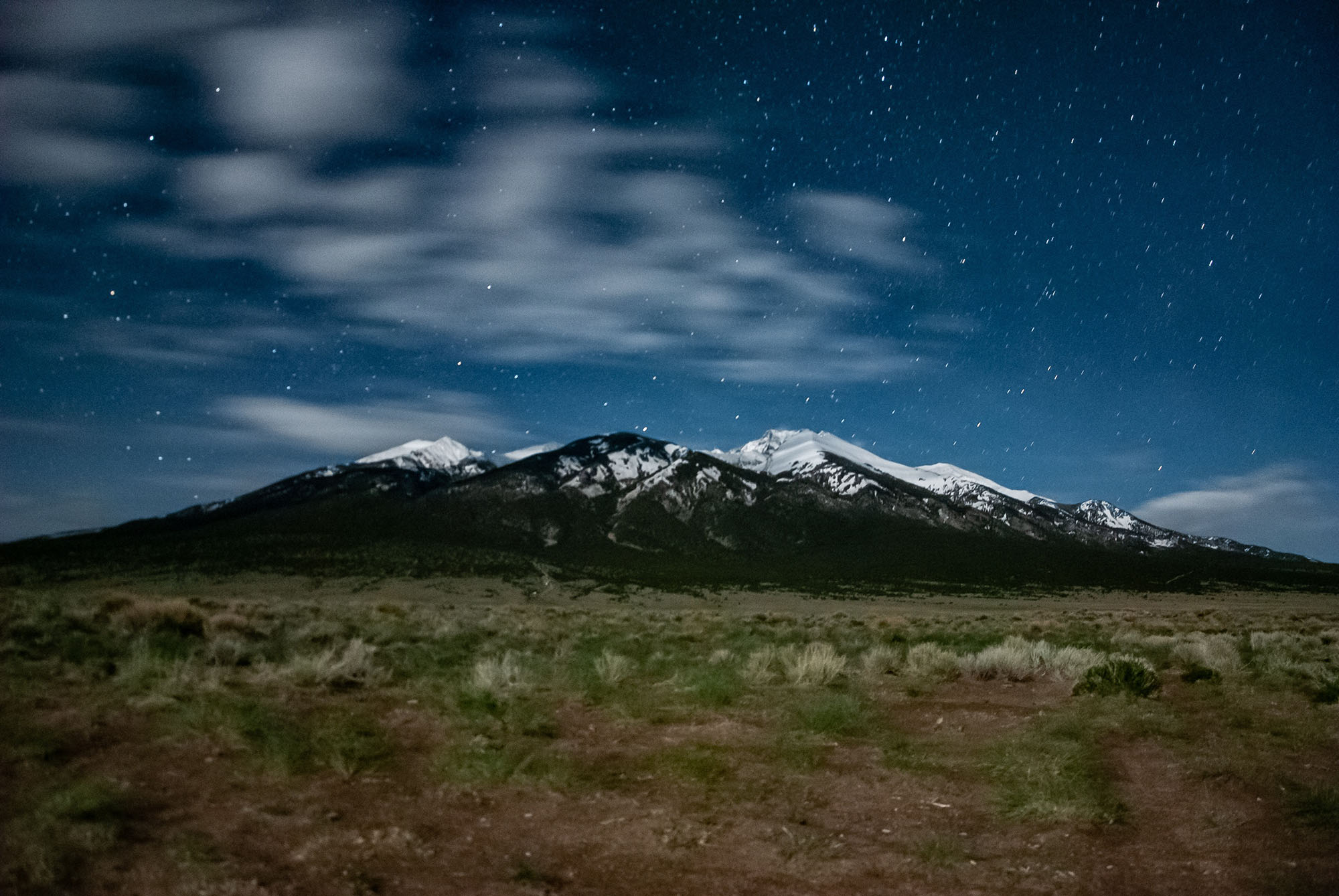 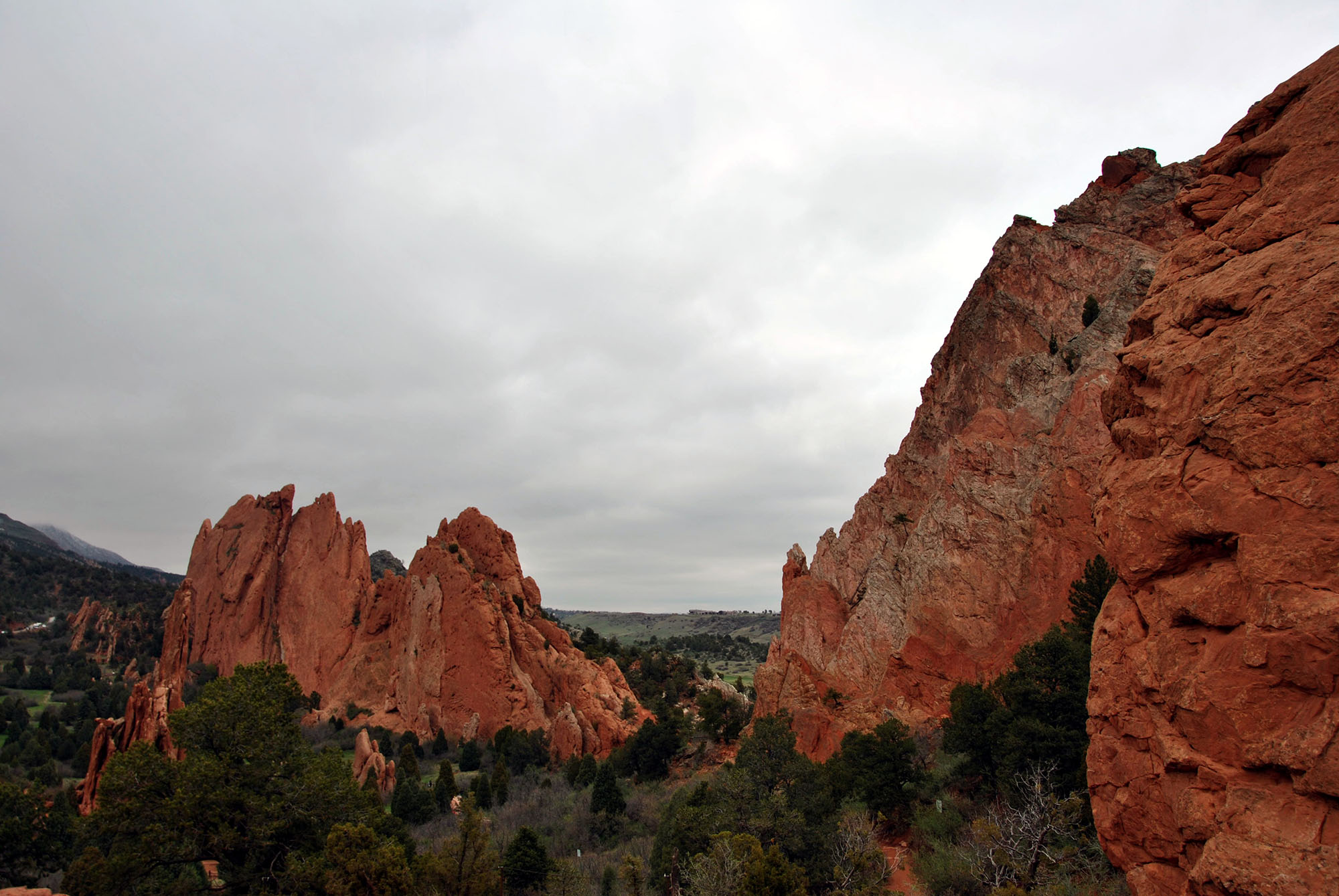 Just a glimpse into Garden of the Gods Park. Super cool. 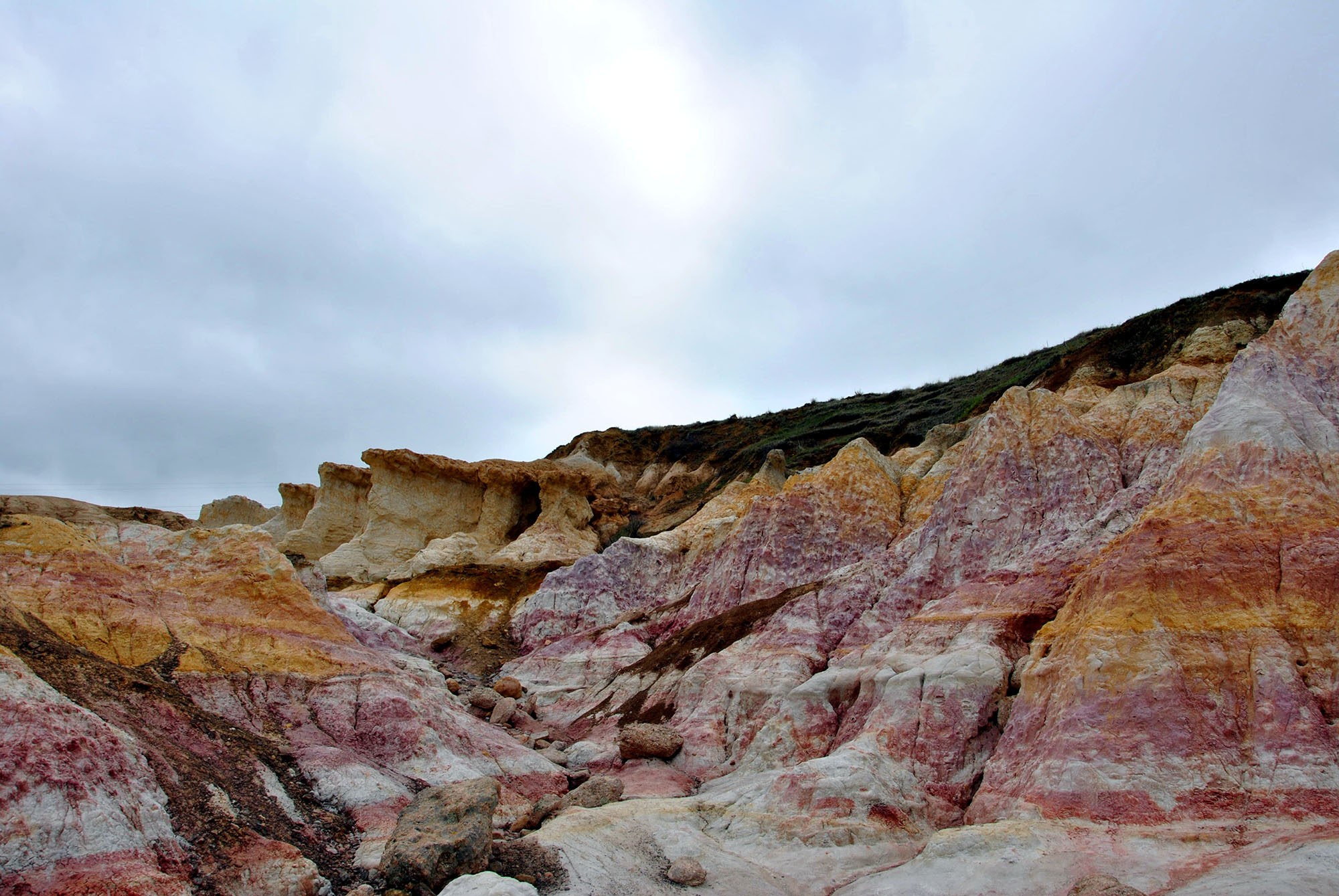 Paint Mines! Native Americans would use the pigment from these rocks to make paint

We spent our last day in Denver soaking up the sunshine, eating Voodoo Doughnuts and drinking beers in the park (because you can) before spending a quick night in a Bass Pro Shops parking lot near the airport with a full house in the van. We’ve never slept 4 inside but now we know it’s possible! Bear in mind I said possible, not necessarily comfortable… After cruising past Blucifer again to drop our buds off at the airport, we made a complete 180 from the beginning of the week and were dying from the heat. Just as we were resenting it a few days earlier, we caught ourselves wishing for a breeze of that cool mountain air. We spent a day working in Boulder and were kind of disappointed by how douchey and clean-cut it was compared to Denver. The Flatiron mountains were pretty beautiful though so that made it all worthwhile. 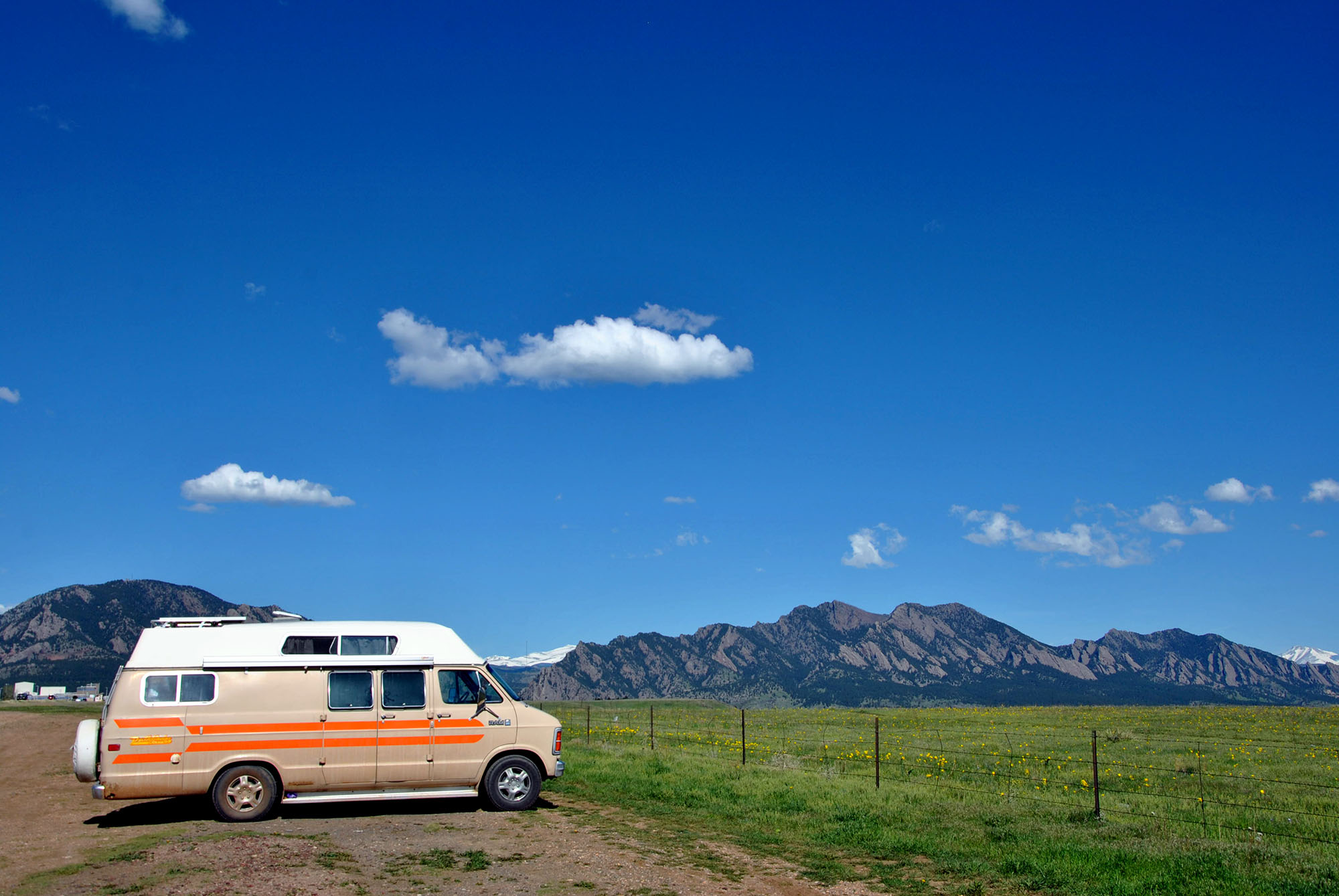 We drove past hoards of pale, rich high school kids gathered along Boulder Canyon for some sort of let’s-skip-school-and-drink-Bud-Lights gathering before reaching the 9000’+ elevations that were sure to cool us off. We didn’t go into the actual town but hung out around Nederland, which many had told us was a very RV/van-friendly area. Unfortunately, it might be a little too well-known for its friendliness because the whole Roosevelt National Forest seemed to be full with boondockers and people who have clearly made a permanent home for themselves amongst these mountain tops. In such a large area, we’ve never had so much trouble finding places to camp that weren’t completely full on a random weekday afternoon. On the Wednesday and Thursday, we had to scope out 3 different spots before eventually finding a mediocre place to set up shop for the night. We’ve heard awesome things about Colorado and all the places to camp but it’s just a little too saturated for our taste and dare I say, a little overrated. Maybe we’re just late to the party. 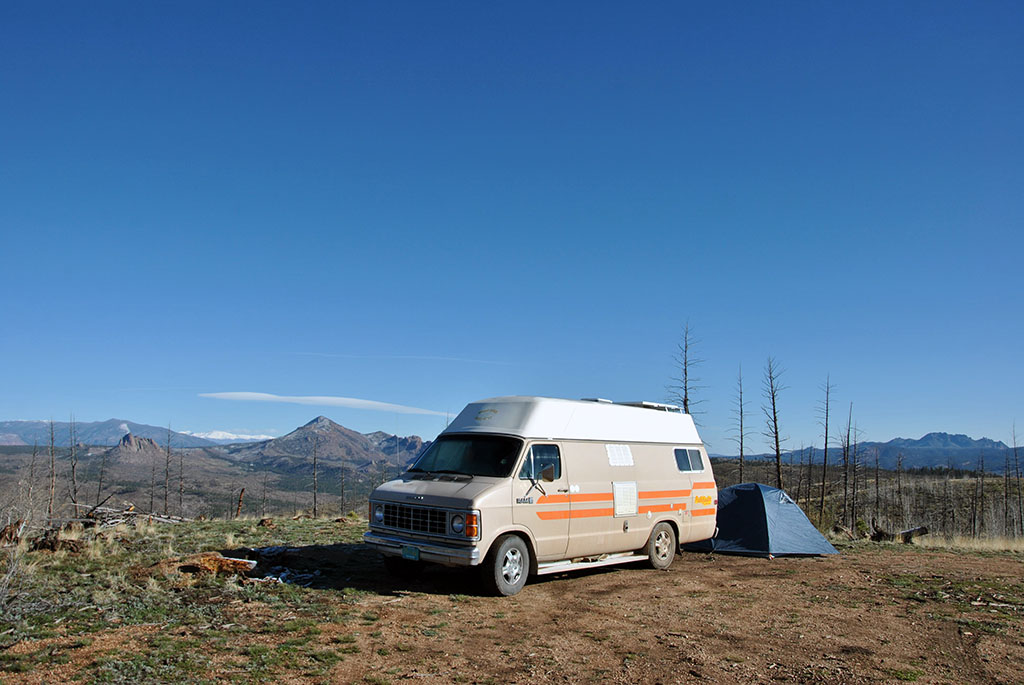 This campsite near Woodland Park was pretty cool

All in all, we had a great time exploring around Colorado and would still go back in a heartbeat to cross more things off of our list (for example, the roads weren’t open to cars in Rocky Mountain National Park yet) but camping was honestly a bit of a nightmare. With seemingly so many options, everyone and their brother is already in those options and the ones beside them. I can only imagine it gets even crazier in the summer but early May was definitely a bit of a shitshow. Before we head to the Midwest, we have only one piece of advice for people that think Colorado is awesome: go to Canada. Sorry guys, but your mountains ain’t got nothin’ on ours.