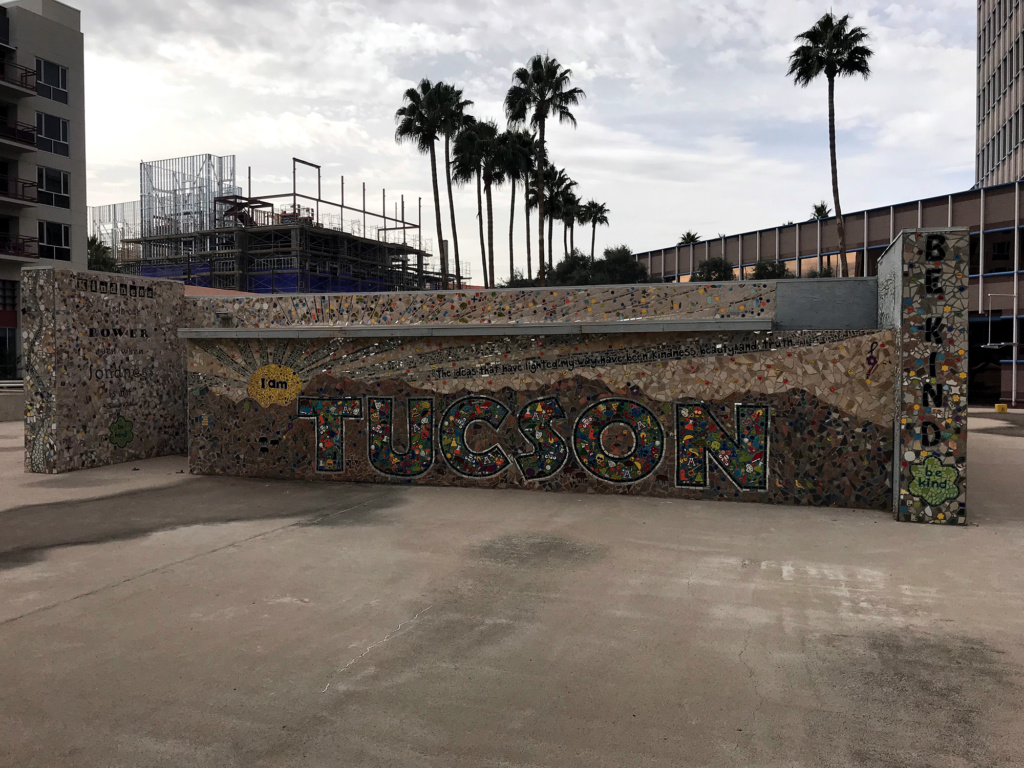 Back to familiar American cities in Tucson, AZ.

The border crossing in Lukeville makes way to the Organ Pipe Cactus National Monument: a large park filled with towering saguaro cactuses (just a sidebar here for anyone [probably just me] questioning if I should be saying cacti instead of cactuses…there’s some debate over it but both are correct, as cacti is Latin and cactuses is English). A lot of the park is drivable if you’re taking the 85 up to Why, but of course, there is a separate paid area as well. Interesting fact about saguaro cactuses is that they’re actually protected by the State of Arizona – if you have one on your property, you are to call the Department of Agriculture to get a permit to remove it. We considered camping in the park because the thought of waking up in a cactus forest is pretty cool, but ultimately decided we’d keep on trekking. It felt like quite a treat to be back on well-maintained roads while paying just over $2 a gallon for gas (God bless America). These saguaros have got a few inches on 6’4″ Justin

We found a cool spot just outside of Tucson called Snyder Hill. This is a BLM where you can camp for free for 14 days right outside of a developed area in Tucson Estates, convenient for grabbing gas or groceries. It sounds a lot fancier than it is but it’s clearly a very popular spot for people in the area as it was one of the fullest BLMs we’ve stayed at. Granted it was upward of 80°F (it was 28°C when we finished grocery shopping) and the start of the weekend, so who wouldn’t want to pop out for some free camping. Lots of trailers, vans and RVs parked across the desert park, gathering for bonfires and doggy play dates – it was almost like Quartzsite on a much smaller scale. All about those bug nets. Flies travelled in gangs around here

After a much needed recharge, we headed into downtown Tucson the next day to check out the Arizonan city that was never really on our radar to visit. I gotta say, we were both pleasantly surprised with how much we liked it. It’s clean and full of mom & pop shops and restaurants that seem to be on the earlier stages of gentrification, AKA before it becomes lame expensive bullshit. It reminded us a lot of a smaller Vancouver that was less expensive and had palm trees. We had no trouble finding some good coffee shops to steal wifi and electricity from and we even went for brunch, which we never do. For anyone who hasn’t had the pleasure of being in Toronto recently, people are NUTS about brunch. As someone who has worked in a weekend brunch spot, brunch is the bane of my existence. Partially because Toronto has become so expensive and pretentious and the brunch crowd is insanely particular about…everything. Anyway, we were expecting line ups of people that look way too clean and put together to be out and about on a Saturday morning (what did you do last night?! Even when I stay in on a Friday, I’m still a troll until noon on Saturday) but to our surprise, we had some awesome food in a nice low-key spot that didn’t charge $20+ for eggs benny. Score! 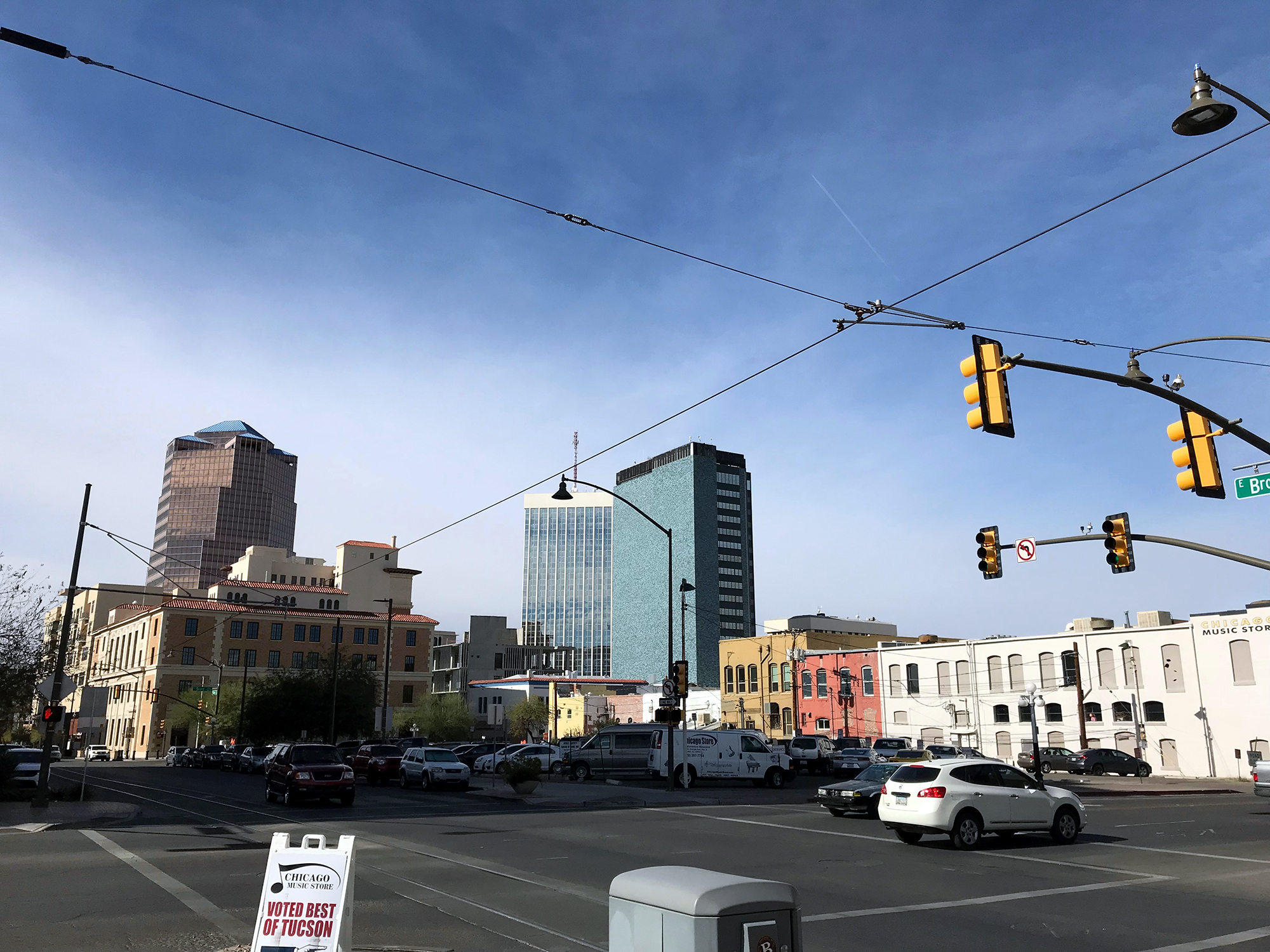 Tucson seemed like a city we could spend some time in, with lots of music venues, restaurants and colourful painted murals scattered around the downtown. There’s also a streetcar system that seemed way too cheap to be real compared to the $3.25 a ride we pay back home. Tucson had it goin’ on and we really enjoyed it. That being said, we can only spend so much time in the city before heading back into quiet, secluded parks for camping. That night, we drove into the Coronado National Forest and slept at the foot of the Dragoon Mountains. The road in was a slow crawl because it was so bumpy and uneven, but well worth the drive despite being swallowed by clouds of dust left behind by jacked up 4×4 pickup trucks barreling down it. The road seemed to be a common route for border patrol trucks to cruise on but we didn’t witness any juicy Live PD-style chases, which is probably for the best. 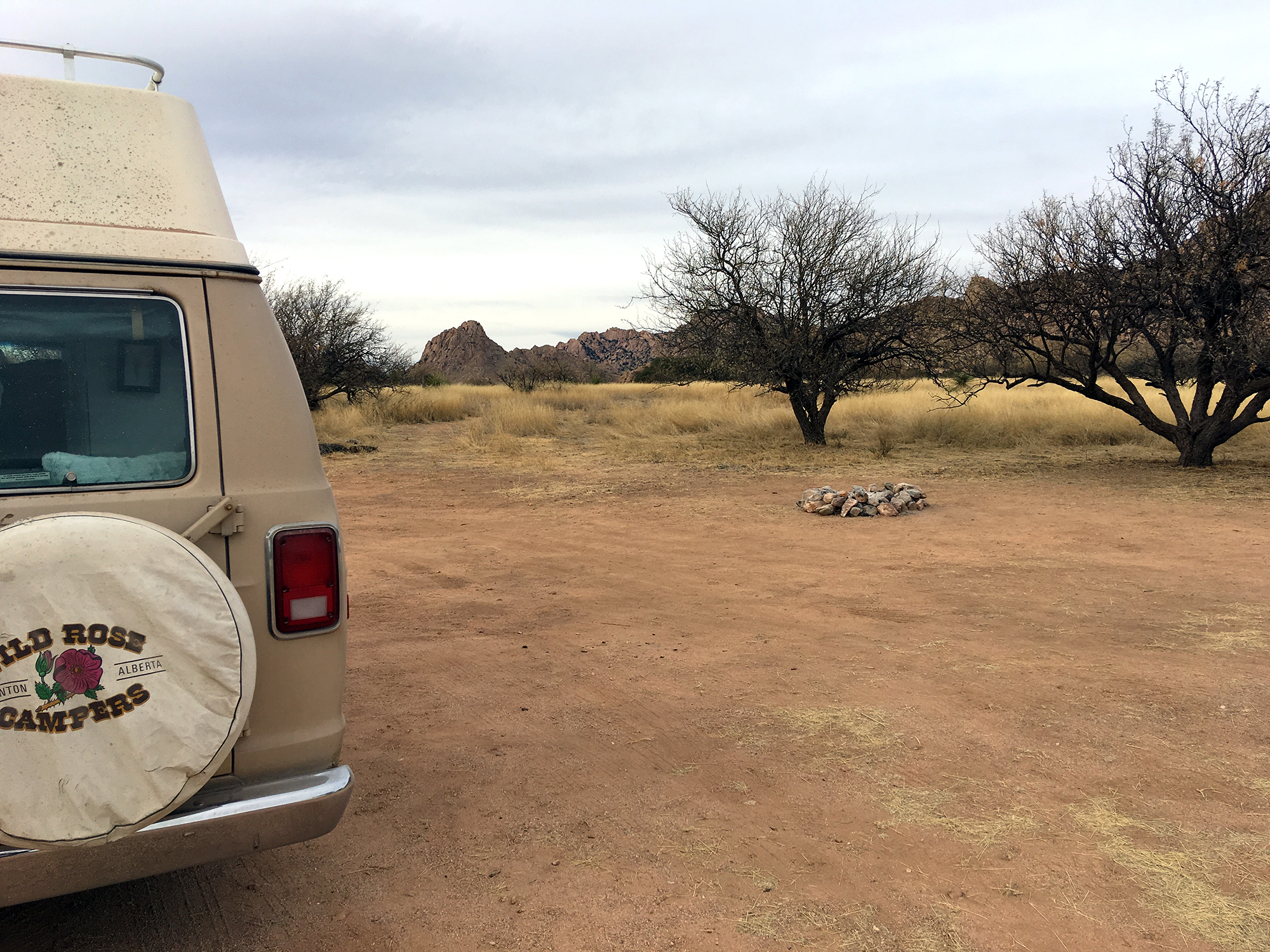 The Coronado Forest was a really cool spot!

From here, we began making our way toward New Mexico by taking the road that continues through the rest of the forest. Beautiful views but a little hairy for Clemmie. Think lots of twisting winding roads just scraping the edge of cliffs along some rocky switchbacks. She persevered but it made for a wild ride out! 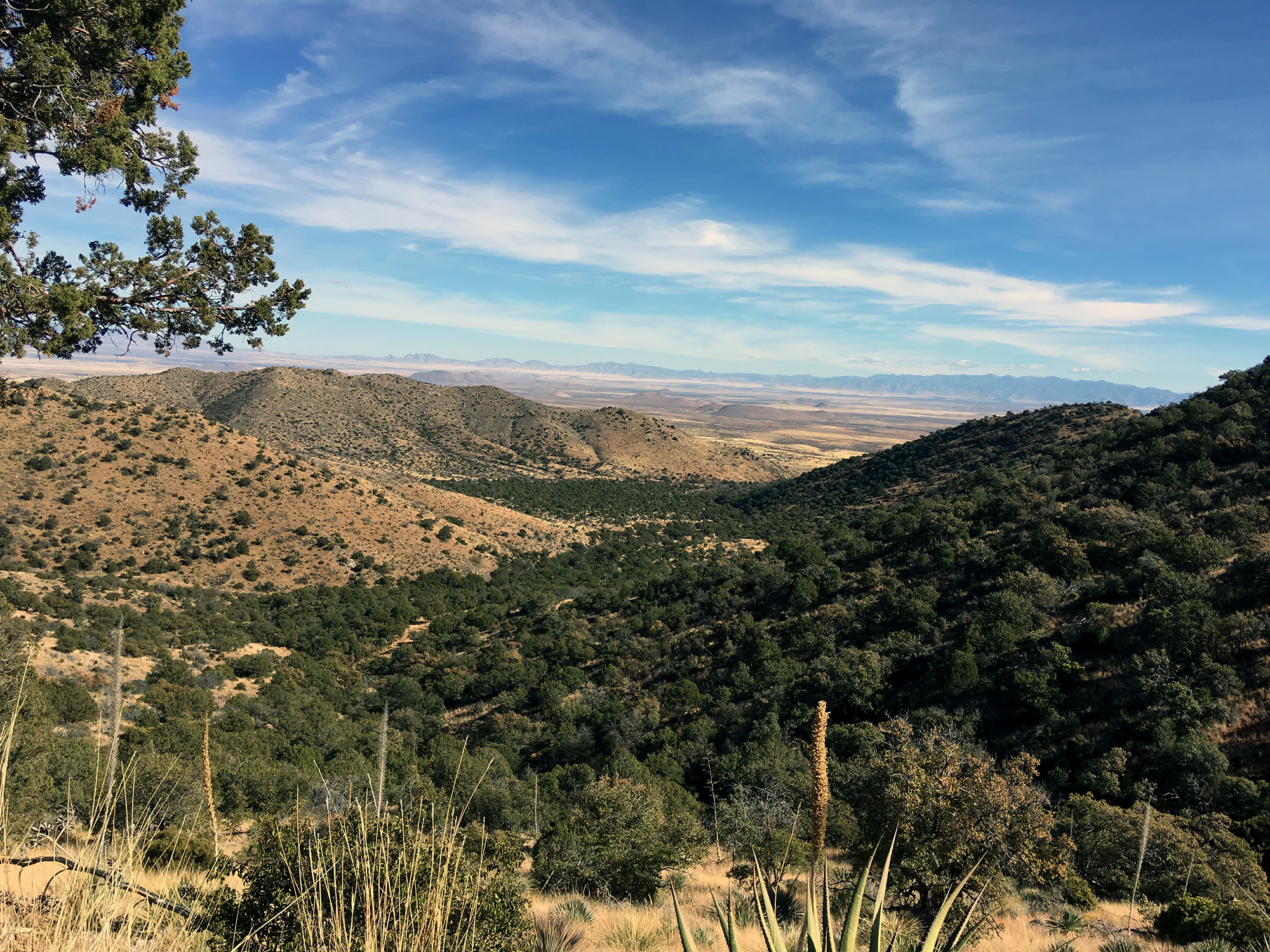