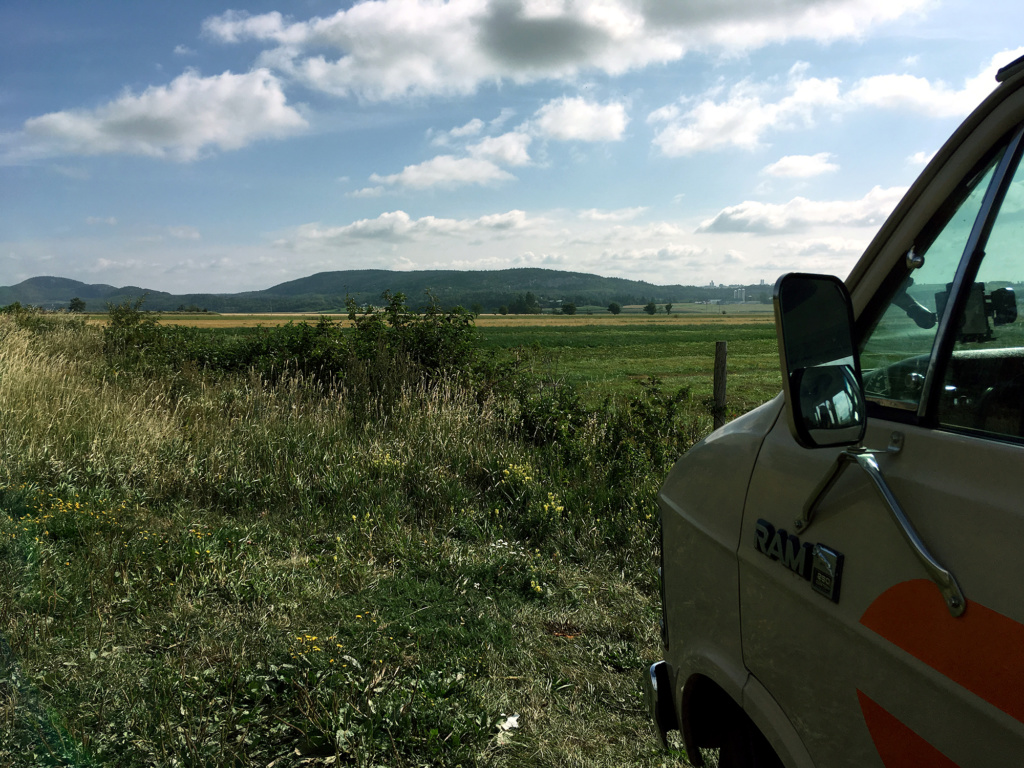 Cruising along the St. Lawrence River in Canada’s Frenchest province through Beauharnois and the gorgeous countryside of Kamouraska, Québec.

You often forget just how big Ontario is and how long it takes to even cut across the bottom to get to Québec. I remember many $15 Megabus trips to Montréal to take advantage of the 18-year-old drinking age and late night bars where the drive seemed to fly by but in this case, it felt like more of a crawl (am I ageing myself?). A big part of how draining it felt stemmed from the days getting noticeable shorter. It’s starting to get dark earlier and earlier and autumn will definitely be upon us soon. Let’s just hope this year we will actually get to experience an autumn and Mother Nature doesn’t just slam the winter button way too early again. Anyway, after a long day, we decided to skip Montréal and settle into the small riverside town of Beauharnois for the night.

Beauharnois is home to a pretty massive hydroelectric dam with an adjacent gravel lot fit for a nice overnight stay. It seemed to be a pretty popular spot for people to stay the night, as there were more than a dozen vehicles already parked along the river when we arrived. Some folks even had their fishing rods out and were trying their luck with some poissons in the river. After climbing out of some not-so-obvious potholes, we crashed pretty quickly and had some much-needed rest after a long day on the road. We also had the free entertainment of locals bringing their Jeeps and minivans alike to do some awful-sounding donuts in the parking lot. In the morning, most people had cleared out but a man in a van not so different from Clemie came over to chat with us and welcome us to the area. It’s always super nice to get a chance to talk with locals and not feel like you’re seen as vagrant bums, especially when you’re just doing a quick overnight. 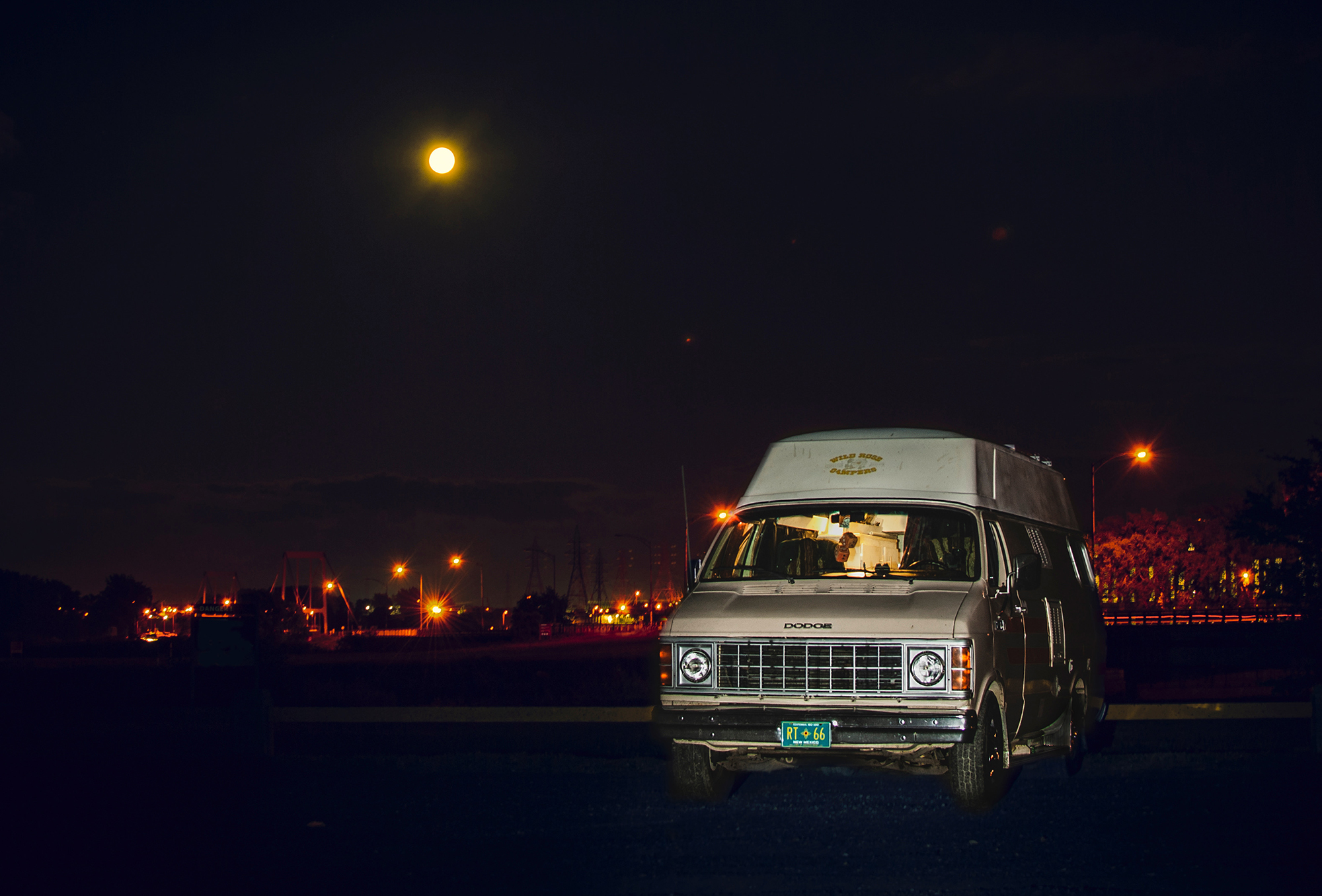 Werewolves not pictured in this full moon Beauharnois photo

We decided to pass on reliving our school year trips to Québec City and bypass the gorgeous historic city since we still had a fair amount of ground to cover in order to make our ferry to Newfoundland. Following the St. Lawrence, we drove through the countryside and got a taste for what the rest of our drive was going to be like. Small mountains were starting to pop up and water views were never far away. We had a few Québec vanners tell us that Kamouraska is where we want to be when it comes to travelling through the province so that’s where we headed. We stayed at a beach where the river felt like an ocean and there was nothing but peaceful, rolling hills in the distance. In the middle of all this painting-like scenery is a microbrewery all on its own called Tête d’Allumette where we popped in to grab a couple beers to enjoy on the beach as the tide rolled out. 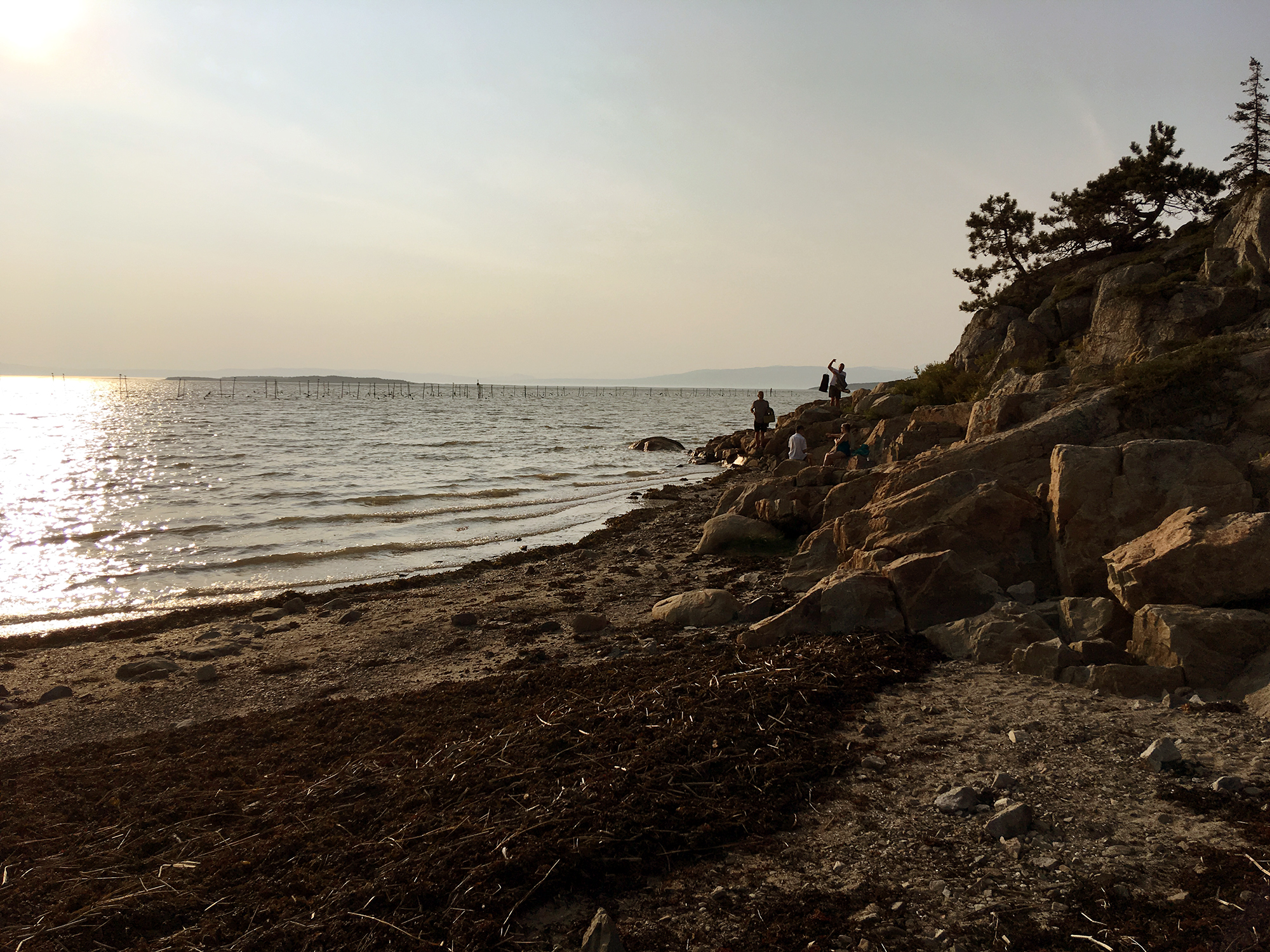 The beautiful beach in Kamouraska on the St. Lawrence River

Kamouraska gave us a definite East Coast teaser and made us all that more excited to travel through Atlantic Canada. After leaving the beach, we made a stop in Rivière-du-Loup to get some much-needed rations: cheap beer and canned maple syrup. Did you even go to Québec if you didn’t bring back the tastiest maple syrup there is?! French goods in tow, we headed into the Atlantic time zone where we’d be embarking on the last leg of our voyage across Canada.